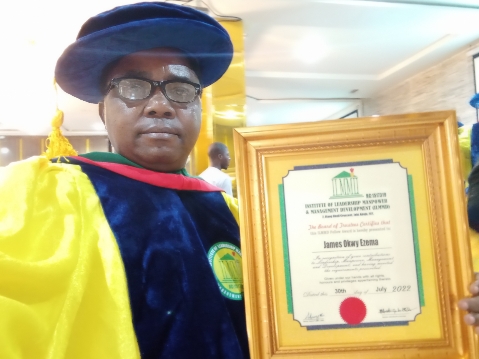 The publisher of Abuja Business Reports Newspaper & Magazine and the National Coordinator of the Not Too Young To Perform (NTYTP) Leadership Development Advocacy, Comrade James Ezema, was today, Saturday July 30, 2022, inducted as a Fellow of the Institute of Leadership Manpower and Management Development (ILMMD) in Abuja.

The colorful event which took place at the K-Class Hotel Abuja had other dignitaries inducted into various categories of the Institute’s cadre.

As an inducted Fellow, Comrade Ezema secured a direct membership into the institute by both experience and educational qualification.

He has over 15 years of experience in journalism and has worked with reputable media organisations, including Vanguard Newspapers, Nigerian Compass, NewsWatch and a host of other community and national newspapers and magazines. 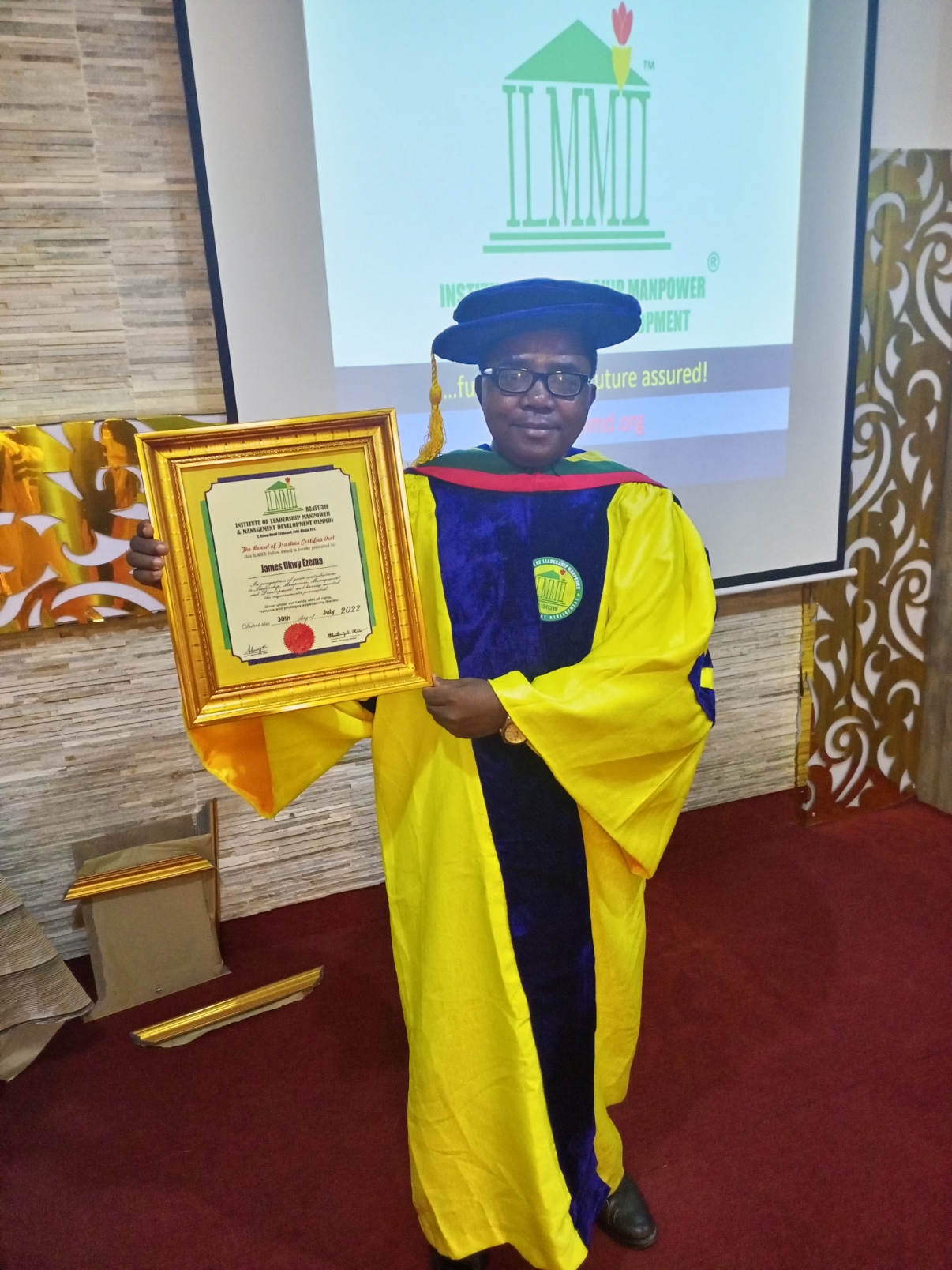 He is Chief Executive Officer at The Street Services And Media Resources International, an emerging media company with increasing clientele.

Comrade James Ezema hails from Nsukka Local Government Area of Enugu State, Nigeria, and a holder of a Bachelors of Science Degree in Political Science from University of Ibadan.

He began his journalism career as a student in the University of Ibadan where he was actively engaged in campus journalism between 2003 and 2006. 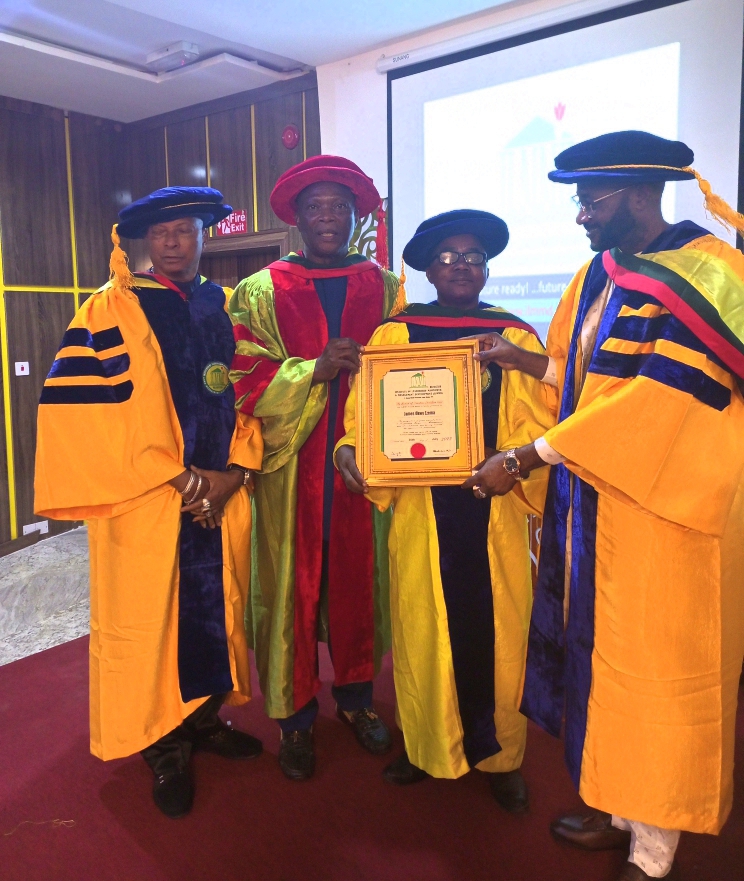 He was elected the Public Relations Officer of the Union of Campus Journalists (UCJ), University of Ibadan and served in that capacity from 2005 to 2006.

It was in 2006 that he joined Vanguard Newspaper as a reporter until 2011. He worked briefly with the Nigerian Compass Newspaper in 2011 before joining the NewsWatch group, where he left in 2015 to and began pioneering The Street Reporters Newspaper, an online news portal, (StreetReporters.ng).

He has also served as Deputy Editor and Acting Editor of Unity Times Magazine based in Abuja.  He had earlier at one time served as the Editor at CityPride, a soft sale Newspaper based in Lagos.

He was recently elected the national Vice President (Investigation) of Nigerian Guild of Investigative Journalists (NGIJ) (2020).

He is the President/Founder of the Association of Bloggers & Journalists Against Fake News which currently carries out campaign on the dangers of fake news to peace, security and national development.

He is a member of the Civil Society in Nigeria and have served as Director of Information (between 2011 and 2019) and currently the Director of Operations at the Citizens Rights and Empowerment Advocacy Initiative (CREMA Initiative) from 2019 to date.

He is the Convener/Executive Coordinator of the I BELONG TO ONE NIGERIA INITIATIVE, a group promoting social justice, patriotism and national integration.

He is also the President/National Coordinator of the National Alliance For Democratic Governance (NADG), a pro-democracy group and accountable governance advocate.

He has attend several workshops/seminars/training, covering election reporting, E-journalism as well as a participant at the Roundtable on Development Reporting organized by The International Press Centre (IPC), Lagos, Nigeria in collaboration with The Open Society Initiative for West Africa (OSIWA), Dakar, Senegal, and recently the Lux Terra Leadership Foundations Community Leaders Training Workshop in Abuja, among others.

His hobbies include teaching, reading, writing, traveling, and sports.