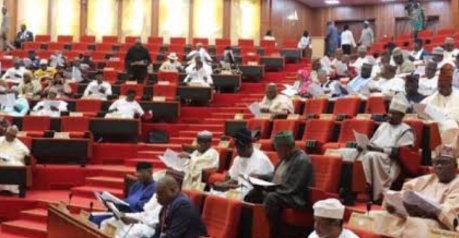 A total of three bills were passed on Wednesday by lawmakers during plenary in the Senate chamber of the National Assembly in Abuja.

The proposed pieces of legislation are the Nigeria Start-up Bill, the Electricity Bill, and the National Social Security Commission (Establishment) Bill.

While the session was ongoing, the Chairman of the Committee on ICT and Cybercrime, Senator Yakubu Oseni, moved that the Senate should receive and consider the report on the Nigeria Start-up Bill.

The bill seeks to provide for the establishment of the National Council for Digital Innovation and Entrepreneurship.

Senator Oseni informed the lawmakers that when established, the council would create and develop an enabling environment for technology-enabled start-ups in the country.

He then proceeded to lay and present the report, which led to the reading of the bill the third time and its subsequent passage.

Senator Gabriel Suswam, on the other hand, moved that the Senate should receive and consider the report of the Committee on Power on the Electricity Bill.

Just like Oseni, the lawmaker laid and presented the report on the piece of legislation. The bill was then read the third time and passed by the Senate.

This followed the presentation and consideration of a report on the bill by the Senate Committee on Establishment and Public Service.

Senator Oker-Jerv Emmanuel, who represented Senator Ibrahim Shekarau, moved for the receipt and consideration of the report by the lawmakers.

Meanwhile, the Senate has confirmed the nomination Mr Umar Yahaya for appointment as Co-Chairman of the Governing Council of Unclaimed Funds.

It also approved and confirmed the nomination of Joe Aniku Michael Ohiani for appointment as the substantive Director-General/CEO for the Infrastructure Concession Regulatory Commission.