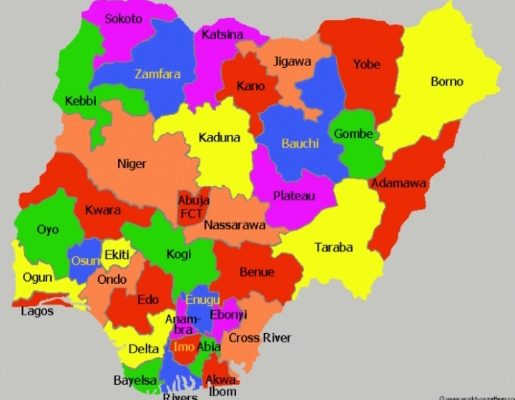 Nigeria: A Nation At The Mercy Of Political Party Delegates

We are at the peak of the political season, that period when hope of a better and greater Nigeria could be realized if only party delegates will make decisions in the collective interest of all of us. But dangling before them is a bounty of goodies behind which is hidden a rod of four years affliction.

It is left to the delegates whether for once the bounty will be less attractive to make possible the election of their bests against the norm of their richest.

This month, May, will witness the first major cash out during party primaries, flood of funds are usually the characteristics of the exercise.

Though naira rain was sparse in 2015 at the APC primary where Buhari disappointed the expectations of party delegates with the statement, “dollars, I do not have, even if I have I will not give”.

It seems he was determined to end cash and carry primaries. The man whose Nomination and Expression of Interest Form was bought for him in 2015 for 27 million naira, after 4 years of earning #1,171,568 monthly with other 18 jumbo ridiculous allowances among which are hardship allowance of #146,446 naira monthly and consistency allowance of #732,230 naira which is also monthly, yet couldn’t save enough money to afford 45 million naira for nomination form in 2019! He had friends who came together to buy him the form.

Alas! Years down the line, the President whose 4 years jumbo pay couldn’t get him a savings to purchase nomination form is supervising the sales of the most expensive piece of paper in the world today, for a whooping #100 million per form! One must wonder what he has created to make him believe that aspirants most of whom are his appointees have savings from their earnings to afford the form.

With this, we are obviously set for the most expensive election ever in our political history. To think that this is happening when he has driven the country to debt and burdened all beyond this generation, with the economy in recession is to conclude on the wickedness of our political elite class!

It is there in the public space that the country deserves a new leadership. This of course, is at the mercy of the party delegates.

Within my right, I found it outrightly outrageous when APC members, people who will produce delegates are finding it hard to know that the best on their list is the man who had been President before and performed well, using the power of the office within such short time that occasion of acting provided him even better than his principal.

APC is a beast of burden, it will be too much of a load to be dragged by one with personal yoke and health issue. If I were a delegate of APC, I won’t shift support away from Osinbajo for a 100 million delegates’ package from any Aspirant. His only challenge, will be how to triumph through the lies and propaganda that his party has become in public perspective, going forward to general election.

If I have a second choice to make in APC, I will give it to Bakare, Zulum will be my 3rd. And just when this was ready for press, news broke, that APC form has been purchased for Akinwunmi Adesina; one man whose aspiration must be critically analyzed to the understanding of the ordinary people, I promise you, it will be done.

To the delegates in PDP, it is quite unbelievable that any sane mind will be confused at making a choice for their party. Nigeria’s public system is a destroyer of merit and an enabler of corruption!

Worse in this system, are Customs Service and others like it, where slush has damaged the values of officers in the system.

It is therefore incomprehensible that a debate will even take place at deciding who will be a better President between Obi who as governor of Anambra made investment on behalf of his state from which the state is still earning and Atiku who as Vice President, supervised the sales of Aluminum Smelting Company, an investment of 2.5 billion dollars for 250 million dollars a tithe of what it is worth. Obi is my choice for popularity over Mazi Sam, who for Credibility, Competence and Character, is my number one, my third for PDP will be Momodu.

Even with Atiku’s sales of our commonwealth to his friends, he was good enough to be my choice against a Buhari in 2019; that choice Buhari has justified with his abysmal failure, I doubt if Atiku could have been this much of a failure!

The exigencies of the time has taken this contest away from the likes of Bola Ahmed Tinubu and his compatriot, Atiku Abubakar the work to be done needs a younger, intelligent and competent personality with strength of character for leadership.

Our political market is overwhelmed with excess funds. PDP delegates must vote to save the country and the battered name of their political family.

Osinbajo will have a huge political marketing to do in case he wins the primary. He is no doubt the best in the race for APC, but a good product may find it difficult to be sold from a shop noted for fake products. Obi has been fantastic thus far, he has sold himself very well keeping to issues.

Our appeal is to the delegates of the devil and the deep blue sea to give us the best of their demons. As the saying goes, a known devil is better than an unknown angel.

The truth is, any disappointment in this regard may see the emergence of a new party in power. That new party will be the one presently positioned to harvest the fruit of a mismanaged APC and PDP primaries which seems inevitable.

May I plead with all party delegates to make the best aspirant their candidate, so that at the general election, the choice will be made from among their bests.

We as electorates also need to help party delegates prepare their parties for a win through an opinion poll where we can make known our preferred would be President! Who if they make him their candidate can increase their chance at the poll.