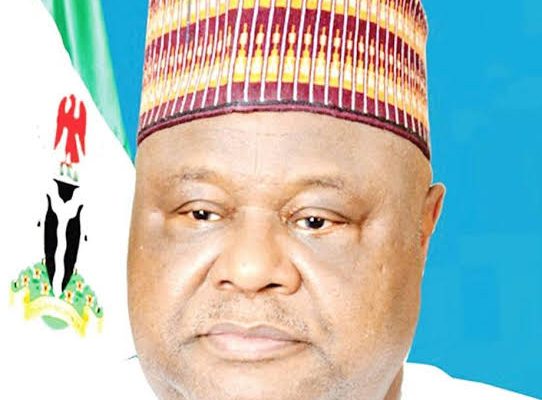 Top Achievements of QS. Mannir Yakubu As Commissioner for Agriculture in Katsina State

The Deputy Governor of Katsina State, QS. Mannir Yakubu recently resigned his appointment as the Commissioner of Agriculture and Natural Resources in the state to pursuit of a higher political office in compliance with Section 84(12) of the Electoral Act 2022 (as amended).

He was appointed as Commissioner in 2015 by Governor Aminu Bello Masari in line with the administration’s Restoration Project agenda.

The state’s Restoration Project in the agricultural sector was aimed restoring the state’s lost glory, which hitherto supported Katsina State economy and that of Nigeria at large. 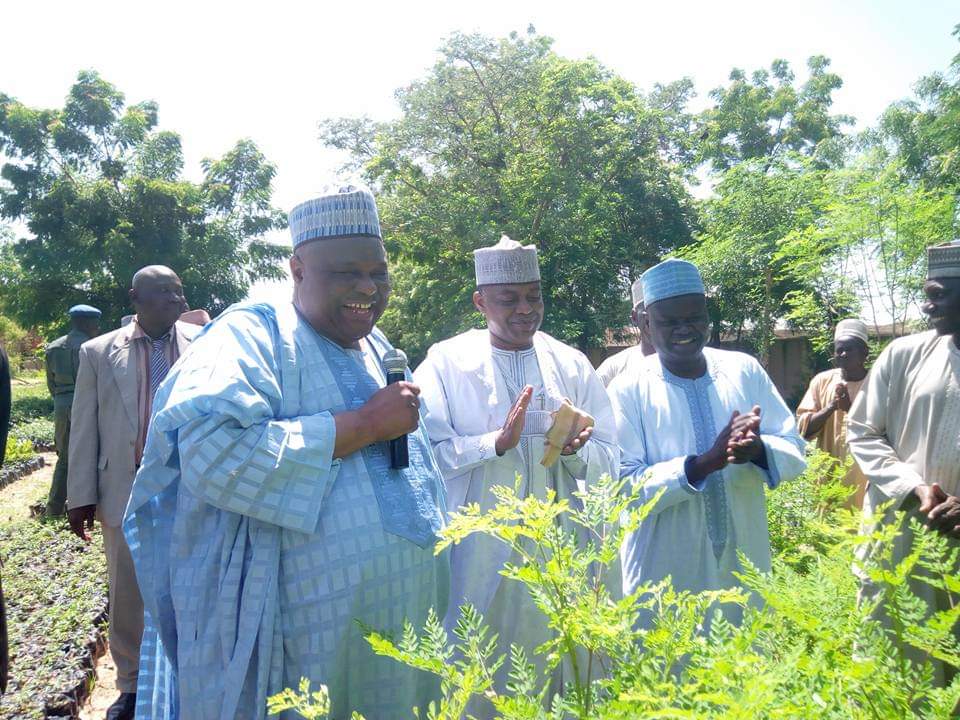 QS. Mannir Yakubu made giant strides which has repositioned the sector in the state since his assumption of office as the Commissioner for Agriculture and Natural Resources.

One of the foremost achievements recorded under his tenure was the launch of the Farmers Data and Information System, which was aimed at collating farmers’ data and sourcing information from farmers directly to enable the ministry get insight into the challenges and opportunities the farmers face.

After successfully executing the project, a total of 1,300,000 farmers’ data were collected and achieved for short-term, medium-term and long-term planning purposes. 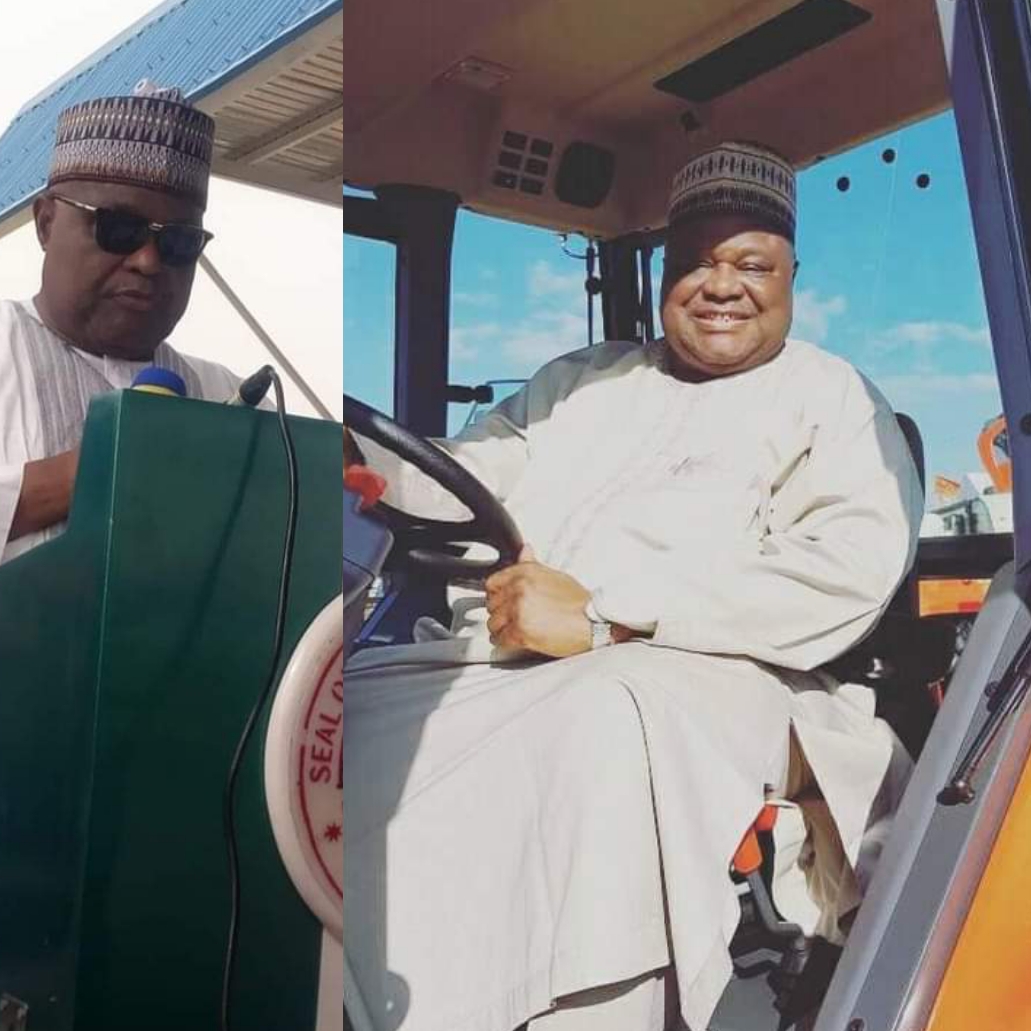 Armed with the available data, the then Commissioner proceeded to procure improved seeds for farmers annually.

The Ministry made available a total of 15,000 metric tons of improved seeds to Katsina State farmers.

The seeds assisted the farmers’ production in both quantity and climate change resilience. In addition, the Ministry made available agrochemicals which were supplied at 50% subsidy to the farmers.

Under the QS. Mannir Yakubu’s tenure as Commissioner for Agriculture and Natural Resources, Katsina State installed Automatic Weather Stations in all the 34 Local Government Areas of the state.

This gave the State, in partnership with Nigerian Metrological Agency (NiMET), the ability to predict Seasonal Rainfall patterns in all the LGAs for farmers’ guidance in agricultural practices.

In order to assist farmers engage in precision, the state initiated its soil mapping project.

Soil mapping is the process of delineating natural bodies of soils, classifying and grouping the delineated soils into map units, and capturing soil property information for interpreting and depicting soil spatial distribution on a map.

To achieve the soil mapping project, Katsina State partnered with OCP of Morocco and soil nutrients map was produced for farmers’ guidance on fertilizer usage and for easy identification of seed varieties suitable for each zone in the State.

The former Commissioner also launched the Farm Power initiative, which saw Katsina State distribute no fewer than 150 tractors to farmers. The distribution has made it easier for farmers to have access to farm mechanization by ensuring that the tractors remain within the State for farmers’ benefit with zero interest.

Under his tenure, irrigation farming got a boost with a view to ensure all year-round crops production. QS. Mannir Yakubu facilitated the rehabilitation of 16 irrigation sites and construction of 7 irrigation dams.

In addition, the state spent about 100 million naira annually on Jibia Irrigation Project, a Federal Government Project where 3,500 hectares are cultivated.

The state further procured and distributed over 1,500 water pumps across the State to irrigation farmers and and made available sufficient fertilizer needed for dry season operation each year since 2015.

QS. Mannir’s tenure saw the resuscitation of extension system in the agricultural sector in the state.

On his appointment, the former commissioner met only 83 agricultural extension agents in the Ministry of Agriculture. Since then, the number has increased to 361, with at least one extention agent per ward.

To facilitate easy access to rural farmers, the Ministry procured brand-new motorcycles for each of the 361 extention agents.

The Ministry also carried out seven trainings for extension staff, and sponsored three of its officials to Thailand and another three to Japan on various agricultural extension capacity building for three months each.

Since 2016, fertilizer distribution in Katsina State presented an unprecedented move that has been fantastically progressive with about 150,000 metric tons of fertilizer supplied to the farmers at the polling unit levels under the Agriculture Ministry’s Smart Inputs Distribution System.

This is a quantum leap when compared with 120,000 tons of fertilizer distributed in 16 years by the previous administrations in the state.

This feat was achieved by the former commissioner despite the disruption to fertilizer supply chain in 2020 as a result of the global COVID-19 Pandemic which curtailed availability of the inputs.

The Ministry of Agriculture and Natural Resources also embarked on other infrastructural development projects.

In this light, Katsina State Ministry of Agriculture and Natural Resources has established a 10-ton tomato procession plant at Kokami area of the state.

The Ministry has also set up five vegetables drying plants across the state, four agro-processing centers, and many agro-value chain machineries to farmers.

The ministry also explored partnership options to improve the lots of farmers in state.

Katsina State, in partnership with IAR/ABU Zaria, undertook dry season cotton production, the first of its kind in Nigeria, with the aim of restoring the State’s position as number one cotton producer in the country.

The trial was a huge success and the farmers are now well-equipped with modern methodology and seed varieties for dry season production.

The State also facilitated the participation farmers in the Central Bank of Nigeria (CBN) managed Anchor Borrowers Program in which about N16 billion was received by farmers as loan for rice, cotton, maize, and other crops production.

The Ministry equally keyed into the IFAD PROJECT, Fadama Project of World Bank, and other agro development initiatives which were also executed in the State within the tenure of QS. Mannir Yakubu as Commissioner for Agriculture and Natural Resources.

The positive impact of the several interventions initiatives by the Ministry of Agriculture and Natural Resources was on the agricultural production and the economy at large.

Available information showed that, under the leadership of Mannir Yakubu as Commissioner for Agriculture and Natural Resources in Katsina State, farmlands currently under cultivation in the state has increased by 105% while crop production jumped to 141%.