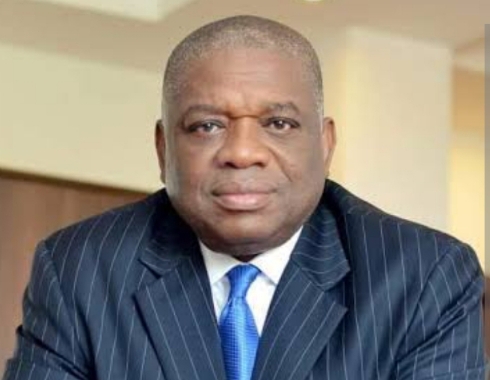 Why We Want Dr. Orji Uzor Kalu to Declare For President – Group

A young people driven national political support group has called on the Senator representing Abia North Senatorial District and the incumbent Chief Whip of the Senate of the Federal Republic of Nigeria, Dr. Orji Uzor Kalu to immediately answer their call and declare to run in the 2023 presidential race.

The group, Naija Youths Say OUK, in a statement issued in Abuja by its director of publicity, Comrade Zaharadeen Ibrahim Musa, said “beyond his evident intellectual capability, physical ability as a sportsman and lover of sports, what also stands Dr. Orji Uzor Kalu out is his detrabalized nature, which makes him nationally sellable as a presidential candidate.”

According to the group with grassroots coordinators across the country, “Even though it’s not yet time to reel out Dr. Kalu’s achievements in life, we will mention that having served at different executive levels, both as a public officer and an astute business executive, his businesses are still thriving across the country and in the Diaspora.

“For instance, as the executive Governor of Abia State from May 29, 1999 to May 29, 2007, Dr. Kalu layed a solid foundation for the development of Abia State, despite inheriting a state with zero infrastructure and a devastated economy from the long military rule of dictatorship that preceded his administration.

“And as the chairman of SLOK Holding, the Daily Sun and New Telegraph newspapers, his businesses have survived different economic hardships, including global economic meltdowns and the recent COVID-19 pandemic.

“He has lived virtually in all regions of Nigeria. He is a South-Easterner, lived and schooled and worked in the North as prior to his election, he served as the chairman of the Borno Water Board and the chairman of the Cooperative and Commerce Bank Limited and has businesses in Lagos and other parts of the country.

“He attended Christ the King School Aba and Government College Umuahia before he proceeded to Barewa College, Zaria from where he enrolled in the University of Maiduguri, Borno State, where he was admitted to study political science.

“But due to his passion for quality education and his love for good governance, at the University of Maiduguri, the young Kalu joined student activism and later participated in the “Ali Must Go” riots in protest against adverse education policy of the then minister of education and was later rusticated. He temporarily dropped out of school.

“With his educational pursuit truncated, the young Kalu never gave up on life. While his fellow students later dragged the school authorities to court over their suspension, Kalu left school to build his own business empire.

“As a politician, he has weathered several political storms and witch-hunt. As a member of the Peoples Democratic Party (PDP), who, based on principles, left to singlehandedly build a political party, the Progressive Peoples Alliance (PPA) which later won the governorship election in his home state of Abia in 2007.

“Today, he is a serving Senator of the Federal Republic of Nigeria, representing the people of Abia North on the platform of the ruling All Progressive Congress (APC). He was unanimously elected as the Chief Whip of the Senate.

“Having seen it all, and having survived several betrayals and backbiting, including imaginary corruption charges as a result of his disagreement with Obasanjo administration and the PDP, we are convinced that there is no better placed bridge builder across the Niger at this critical time of our National experience than Dr. Orji Uzor Kalu.

“We therefore call on the people’s Senator, the internationally recognised business mogul, entrepreneur and a philanthropist to join the presidential race now that the ovation is loudest.

“We know that with Nigeria under your leadership, the country will certainly overcome all her numerous challenges in this same way you have triumphed over all your personal and business obstacles to become a shining light we can all behold today”, the group stated.