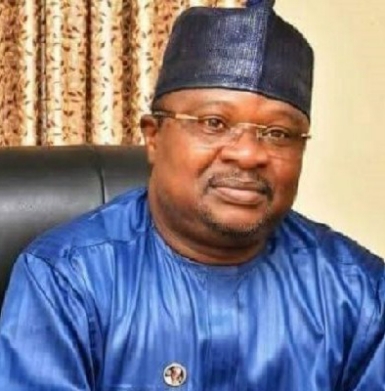 Kogi Central: An Open Letter To the Commissioner, Kogi State Ministry of Works and Housing

I wish to use this opportunity to congratulate you on your well-deserved political achievements while we await the best from Allah. I write to draw your attention to the thoughts I have held inside me for quite a while since every effort to meet you proved abortive.

I have been following closely the political unfoldings in Kogi central and it’s obvious that apart from the state government’s massive infrastructural projects by His Excellency Alhaji Yahaya Bello, no other substantial projects such as constituency projects or local government projects and the likes.

This has resulted to a noticeable setback on the constituency developmental architecture of the region (Kogi Central) set by the governor which you have positively and greatly supported from the base to the zenith.

I am aware of your high level of intelligence and wisdom in managing affairs and how politically sophisticated you are sir but I write with the hope that you know the chances you have in becoming the next senator representing the good people of Kogi Central sir.

Of course, my opinion may not count on the scale of things but I believe I speak the mind of almost the entire people of Kogi central. It is certain and known by the majority that this great party (All Progressive Congress) is a moving train in the state currently but I fear may most likely face counter challenges if it fails to pitch a competent, intelligent and well-spoken, well organized and people-oriented senatorial candidate against the opposition candidacy in person Barr. Natasha Akpoti Uduaghan of the People Democratic Party in the forthcoming senatorial election in the state.

Having profiled the possible senatorial candidate among the Honourable commissioners and appointees in the Governor’s cabinet, I can boldly say that you stand out to be the only and most reliable candidate as you have over the years proven to be the people’s leader and have also performed excellently well in piloting the state affairs within your ministry as the Honourable Commissioner for Chieftaincy and local government affairs and now the Commissioner of works and housing project. Your leadership quality is overwhelming and the evidence is vivid all over the state.

The good people of Kogi Central need a senator that has the capability to speak to power on behalf of his people, An unsentimental leader, an approachable leader, A leader that has the people’s best interest at heart, A leader that has no ethnicity, religious, clan and cultural boundaries and these leadership attributes are all in you sir.

I appeal to you for the sake of the good people of Kogi Central whom I believe wishes and hope for a more political breakthrough in the region, to think this through sir.

This is Allah’s ordained project and In Shaa Allah victory is sacrosanct. I anticipate your response sir and I hope to hear a formal declaration soon sir.