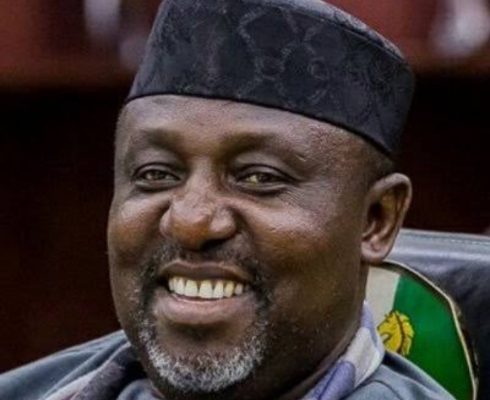 The former government was on Tuesday supposed to be arraigned at the Federal High Court in Abuja over a N2.9 billion corruption charge.

Senator Okorocha was absent at the court and was not represented by any legal practitioner.

However, six other defendants billed to be arraigned along with him on 17-counts of corruption were present in court.

He said that the retinue of security operatives surrounding the Senator had made it impossible for Okorocha to be served in person by court officials.

Other defendants in the charge did not object to the request for adjournment.

Justice Ekwo subsequently fixed March 28 to enable EFCC to serve him with the charge and to take his plea.

According to EFCC, the former Imo governor allegedly conspired with others, including a member of the All Progressives Congress (APC) and five companies, to steal N2.9 billion public funds.

His co-accused, Nyerere, according to sources, was the APC governorship candidate in Abia State during the 2015 elections and currently serves as a commissioner at the National Pension Commission.

The accused persons were alleged to have stolen the said amount belonging to Imo State and local government areas in the state in contravention of the Money Laundering Act 2011.

The charges claimed that the stolen funds were diverted between October 2014 and February 2016 from the Imo State Government House’s account and Imo State Joint Local Government Project’s account.

The EFCC had on April 2021, arrested the former governor, and interrogated him over issues bothering on alleged corruption before he was admitted to administrative bail.