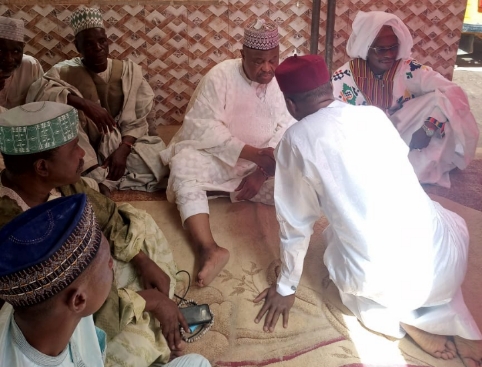 Before his death, he was also the Waziri Bakori.

While consoling the family of the deceased, Qs. Mannir Yakubu prayed for the repose of his soul and the fortitude for the family to bear the irreparable loss.

He described the late Maigari as a dedicated civil servant, who contributed immensely to the development of Katsina State.

Late Salisu Maigari Danjuma died at the age of 70 and left behind twelve children and three wives.

Late Salisu Maigari has been buried at the Gidan Dawa cemetery according to Islamic rites.