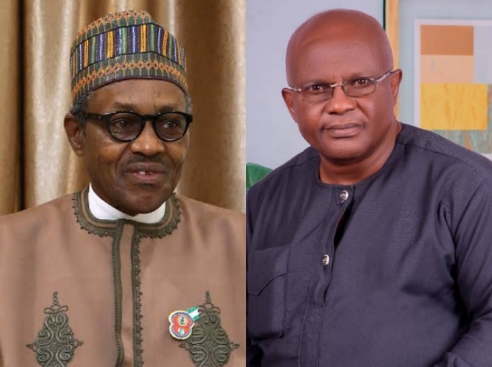 Perturbed by the present state of affairs in the country, a chieftain of All Progressive Congress (APC) and an aspirant for the office of the National Publicity Secretary of the party in the recent APC Convention, Comrade Obi Ojage has said he sincerely pays for Nigeria and President Muhammadu Buhari.

The Cross River State born activist and opinion leader then bewailed that persons around President Buhari has “continued to take advantage of their closeness to cause him to change those moral stands of his just to satisfy their interest.”

In his words, he said, “I sincerely pray for my country Nigeria, its present state of affairs, and the current President, Mohammadu Buhari, for being such an incredibly tolerant person, one whose attitude towards leadership, controversial as it does seem, has now given Nigerians something upon which to measure subsequent leaders to the office of President of the country; of whether or not they’re doing well or fallen short of expectations in comparison to that against which they had heavily criticized Buhari”.

He added that, “Unfortunately, those around MR. President seek to erode the credibility left of him by not allowing him to maintain his stands over issues that made him a cynosure before Nigerians.

“They had continued to take advantage of their closeness to cause him to change those moral stands of his just to satisfy their interest, even when it goes against all that he has lived for, the outcome of which contradicts those stands that make him different”, he lamented.