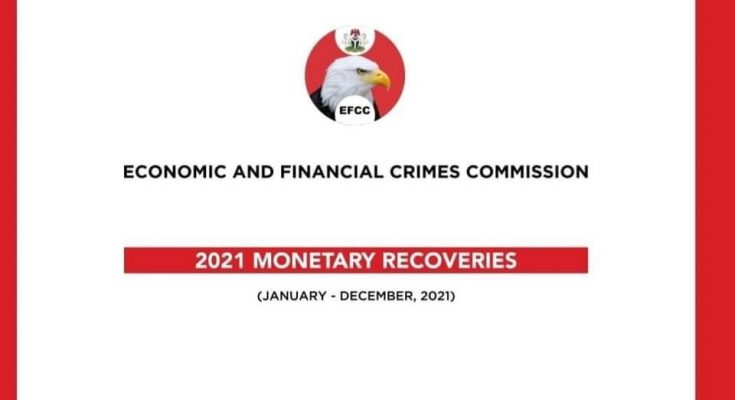 The Economic and Financial Crimes Commission (EFCC) has given details of its recovered funds in 2021, saying that the sum of N152, 088,698,751.64, (One Hundred and Fifty-two Billion, Eighty-eight Million, Six Hundred and Ninety-eight Thousand, Seven Hundred and Fifty-one Naira, Sixty-four Kobo) were recovered. 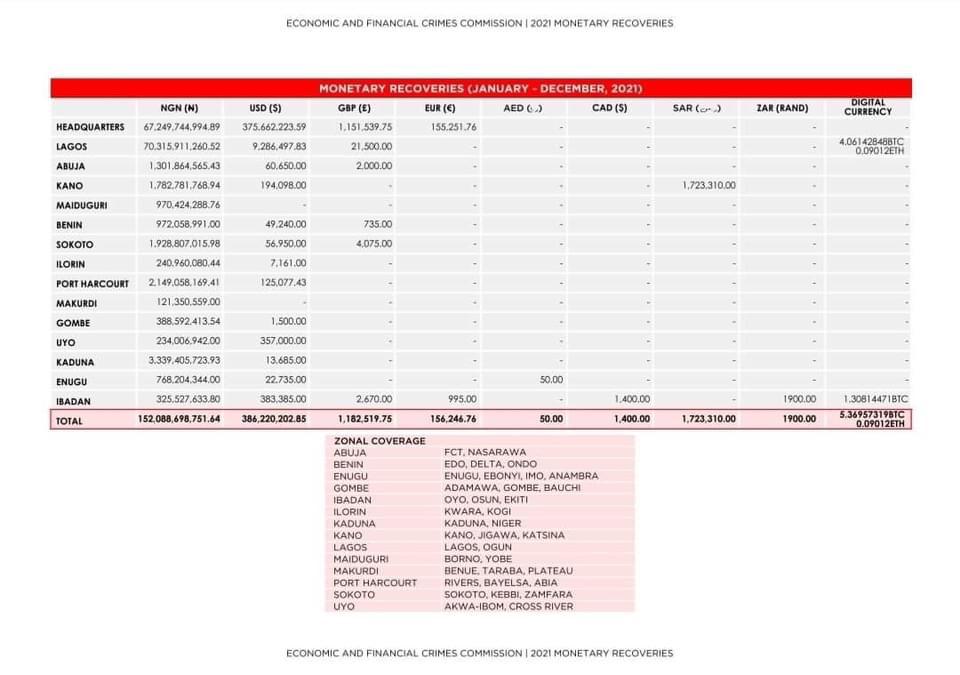 According to the communique put out in continuation of the review of its operational activities for 2021, the EFCC said the recovery basket also included a digital currency component with 5, 36957319 bitcoin and 0.09012 Ethereum.

Earlier, the commission said it had recorded convictions of 2, 220 across the commands in the same year under review.

The Abdulrasheed Bawa-led management of the EFCC assured Nigerians that there is no hiding place for the looters of the nation’s treasury.