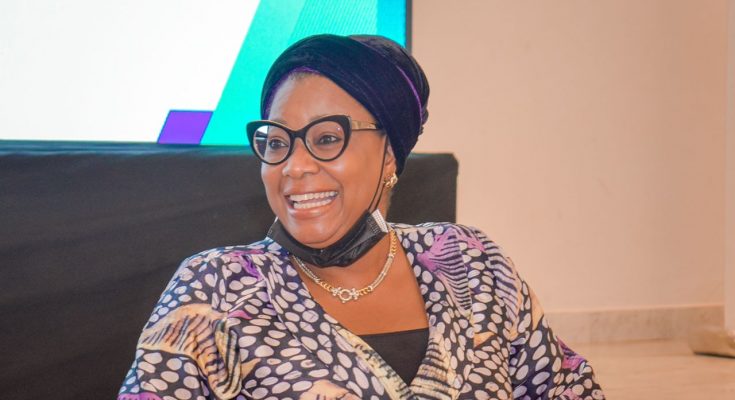 The Chairman, House of Representatives Committee on Diaspora, Hon. Tolulope Akande-Sadipe has berated the Nigerian law enforcement agencies, the Police Force and the weak Judicial system, which in turn has indirectly aided the high level of impunity by human trafficking and forced labour offenders in Nigeria.

The Oluyole Federal Constituency representative said this in her keynote address during a joint-capacity building retreat held for House of Representatives members of the committee on Diaspora, Foreign Affairs and Human rights in Abuja.

She noted that Nigerian courts and the Police Force continue to penalize traffickers with fines alone, or offering the option to pay a fine instead of serving time in the correctional centres across the nation.

“This is why it is important for us as law makers to truly understand various dimensions and ramifications for human trafficking as well as its effects on our society and on humanity, so that we can on our own part, do what we can to put an end to it”, she said.

Akande Sadipe who revealed that the estimated number of Nigerian citizens living abroad, is between 15 to 17 Million, called on the Federal Government to effectively engage the large pool of Nigerians in the diaspora to promote national development.

Hon. Akande-Sadipe also said the capacity building held in partnership with Konrad Adenauer Stiftung (kAS) Foundation would give a better and clearer understanding of the menace of human trafficking in Nigeria and across the globe.

“It has been established that Nigeria is a source, transit, and destination country for women and children subjected to trafficking in persons, including forced labour and forced prostitution. Innocent and unsuspecting women and children are recruited from rural areas within Nigeria and trafficked to various destinations within and outside Nigeria and forced into domestic servitude and sexual exploitation”.

“In 2015, Nigerian Government identified 943 victims of trafficking, including 429 victims of sex trafficking and 514 of labour trafficking. Drivers of exploitation in Nigeria include high unemployment, economic issues such as devaluation of the local currency, and political unrest, each of which contribute to high rates of both internal and external migration.

Unfortunately, there continues to exist a high level of impunity for human trafficking and forced labour in Nigeria, which can be attributed to weak legal systems and corruption, Low prosecution rates and light penalties, with a lack of knowledge or concern about human trafficking among many criminal justice officials including the police. As well as insensitivity on the part of the Citizenry at large.

Hon. Akande-Sadipe opined that any country that seeks to achieve sustainable development must pay critical attention to capacity building, mobilization and deployment of human capital resources no matter where they may be.

She noted that the huge number of Nigerians abroad represents a large pool of human resource capacity that needs to be effectively engaged and coordinated to promote national development.

Akande-Sadipe welcomed welcome all to the retreat and informed that the two-day retreat is a phase of the House Committee on Diaspora’s roadmap to ensure a better understanding of the issues and challenges facing Nigerians in the Diaspora, and how to strategically articulate policies and programmes that will promote their welfare and protection.

She added that the committee would also ensure that the country’s relationships and engagement with Nigerians in the Diaspora is cordial and devoid of the kind of encumbrances that makes it difficult for them to invest at home, or return back home.

She said “legislative priorities of the 9th Assembly of the House of Representatives is the area of human capital development and social investment; and one of the prioritized legislative actions is to pursue reforms to our foreign policy to ensure the protection of Nigerians and Nigerian interests in the diaspora”.