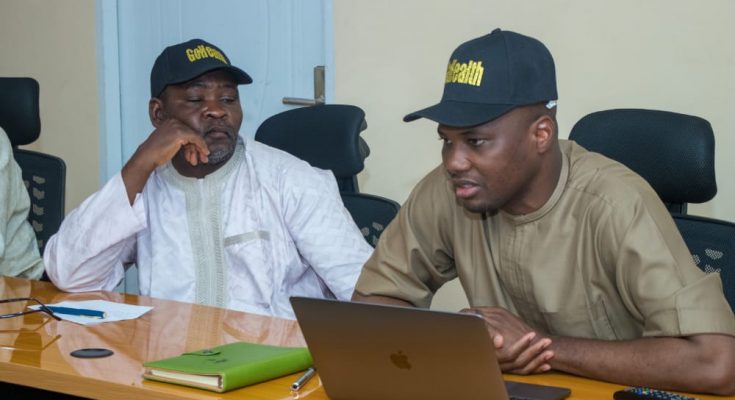 A delegation of the Nigeria Labour Congress and the Trade Union Congress from Adamawa State visited Gombe State to understudy the implementation of the Contributory Healthcare scheme also known as GoHealth.

Mr. Morrison Lawrence, the vice chairman of NLC, Adamawa State, who led the team, said they were sent to understudy how the GoHealth scheme was piloted in Gombe State, its implementation progress as well as the challenges, so as to create awareness among their members back home.

He said they had been following events on the GoHealth scheme and were satisfied with what they had seen. He thanked the NLC Gombe and GoHealth for giving them the opportunity to tap from their experience.
GoHealth’s Team Lead, Dr Abubakar Musa, while welcoming the delegation, said the agency was established in January 2021 and within 6 months it had been able to roll out two of its three programmes to the people of Gombe State.

He took the team through the processes GoHealth followed to achieve this feat and attributed all the successes recorded to Governor Yahaya for providing the Agency with all the necessary support that enabled it achieve a lot within a short period of time.

Earlier, while introducing the delegation, the Ag. Secretary of the NLC, Gombe State Chapter, Comrade Shuaibu Ciroma expressed gratitude to GoHealth for accepting their request on a short notice and commended the Adamawa NLC and TUC for deeming it fit to understudy the GoHealth, which he said is now a model for other states.