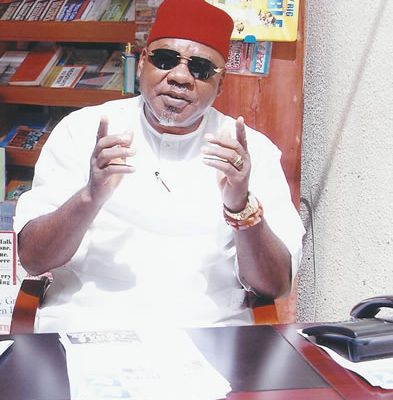 Conference of Nigeria Political Parties (CNPP) has urged the National Assembly to be patriotic enough to listen to Nigerians and end its current process of further amending the 1999 Constitution of the Federal Republic.

According to a statement issued on Thursday by the CNPP Secretary General, Chief Willy Ezugwu, the umbrella association of all registered political parties and political associations in Nigeria said “the feelers across the country is that the 1999 Constitution is irredeemable and cannot be amended to meet national aspirations.

“We believe that if the members of the National Assembly are truly representing the people, it is time they stopped the ongoing journey to nowhere in the name of constitution amendment and align with majority of Nigerians who favour a new Constitution, rather than fruitless amendments that have not brought about any meaning national growth.

“To make the Nigerian Constitution a people’s law, we must subject the outcome of the process to a referendum.

“The Speaker of the House of Representatives, Hon. Femi Gbajabiamila recently admitted that the 1999 Constitution is deficient and has failed to address some critical national questions confronting Nigeria and her people.

“The question to the National Assembly is: Why amend a Constitution that we all know to be a military document, that have continued to lie against itself by insisting that “We the people…” gave it to ourselves, whereas it was a document imposed on Nigerians by a military junta?

“Again, if the Constitution that brought the lawmakers into the upper and lower legislative Chambers is inadequately deficient, how can the outcome of a flawed Constitution like the legislators across the country cure the document?

“It has become almost unanimous that Nigeria needs a workable document, a better Constitution that will meet the aspirations of the people.

“Such a document must be subjected to a “Yes” or “No” vote by the people before it can be binding.

“We have come to view the ongoing amendment process as a jamboree, a money making exercise by the lawmakers and an effort in futility.

“The ugly reality is that at the end of the amendment, the document will now be at the mercy of our State Houses of Assembly for survival or not.

“Even if it survives and scales through legislative processes at no fewer than 24 state Assemblies, it will then die or survive at the presidential villa.

“We fear that whatever amendments to the 1999 Constitution will end up in the dustbin of history and we will be back to there we started.

“Therefore, it’s about time we did the right thing the right way by beginning the process of drafting a new Constitution for Nigeria which must be ratified through a referendum”, the CNPP stated.