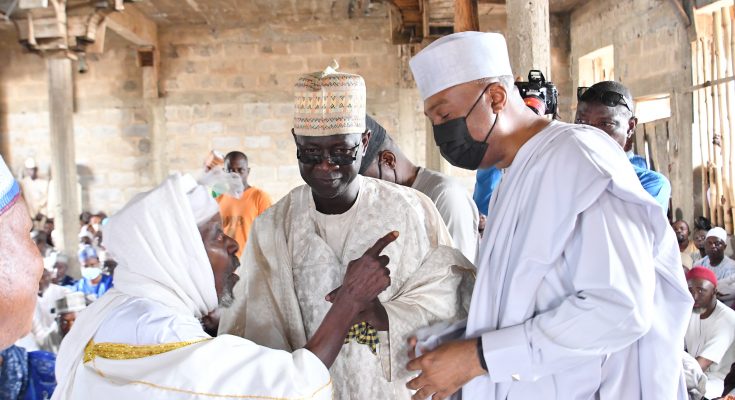 The Immediate past Senate President and National Leader of the Peoples Democratic Party (PDP), Dr Abubakar Bukola Saraki on Friday attended Tafsir at Gambari Mosque, Ilorin and donated N10 million for competition of the Mosque.

Saraki, the Waziri Ngeri of Ilorin Emirate who is currently in Ilorin, Kwara State Capital for last 10 days of Ramadan was received by excited residents at Gambari Mosque.

The Governor of Kwara State from 2003 to 2011 attended the Tafsir of Imam Gambari alongside Emir of Ilorin, Alhaji Ibrahim Zulu-Gambari as part of activities for Holy month.

Recall that Saraki mobilized resources for construction of modern Ilorin Central Mosque during his days as governor of the state.

Bukola Saraki has continued to contribute handsomely to community development as well as empower the less privileged in the society after leaving public office in 2019.