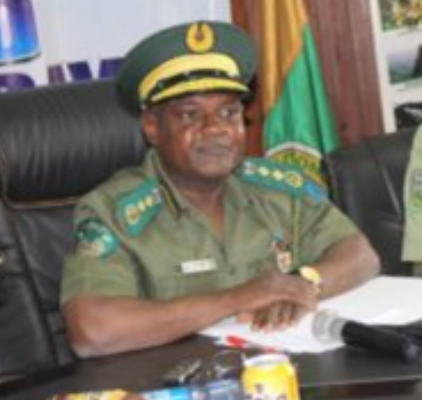 The Conservator General of the National Park Service, Dr Ibrahim Goni says its collaboration with sister agencies has ensured the safety of the parks and their tourists.

Goni said this during a video conference to correct the false and misleading news report by the Africa Independent Television (AIT) that bandits have taken over part of the Gashaka Gumti National Park.

“Right now, we have our partners and tourists at our various parks across the country, and to the best of our knowledge no part of the park has been declared a hide-out for bandits by the security operatives’’.

According to Abuja Business Reports, he said that AIT attributed the quote to Taraba State Governor, Darius Ishaku but the video used by the same station showed otherwise.

“We carefully listened to the governor’s sound bite and quote here exactly what the governor said below:

“One therefore wonders what part of the speech translated to bandits taking over the park, or any part thereof.

“We wish to let the public know that the said report is entirely false”.

He, therefore, assured the public that the service is working assiduously with security agencies to professionally keep the parks safe for tourists.

“At the Service, our doors are always open for enquires and even suggestions that will help us deliver world class tourist attractions.

“So what the reporter could have done was to get in touch and get clarifications and do a proper fact check before misleading the public.

“We wish to categorically state that Gashaka Gumti National Park or any part thereof has NOT been taken over by bandits or any other clandestine group or groups,’’ he assured.

Mr Kabir Mohammed, Conservator of Park, Gashaka Gumti National Park said that the management has remained committed to achieving her mandate as enshrined in Act 46 Cap 65 LFN 2010 as amended.

“The Park is the largest, most scenic and diverse conservation enclave in Nigeria and reputed to be a safe haven to some highly endangered species of wildlife.

“Like any other conservation enclave across the globe, we are faced with some anthropogenic challenges that sometimes impact negatively on her desired development.

“Nonetheless, the management has continued to strive very hard to maintain the integrity of the park through its numerous strategies and operations’’.

He said some of the strategies deployed by the National Park Service include collaboration with the Nigeria Army, Police, DSS and even the vigilante groups to stem the tide of growing security threats around the Park and adjoining communities.

“This is often carried out through intelligence gathering and sharing as well as embarking on regular joint operations with personnel of these agencies with the aim to nip in the bud any suspected criminal activities.

“We also recognise the important role the traditional institution and locals play in the overall protection of park resources and security of lives and property.

“We have been engaging critical stakeholders through Participatory Management Approach on a platform otherwise referred to as Local Advisory Committee.

“I wish to state unequivocally that normal conservation and tourism activities have continued in the Park unhindered”, he emphasised.

Mohammed added the park service management has been making concerted efforts toward ensuring continuous stability of the Park through routine monitoring and anti-poaching operations.

“Between January and April, 2021, a total of 183 suspects have been arrested and prosecuted for various park offences ranging from illegal grazing, poaching, wildlife trafficking, illegal mining to illegal entry, logging, amongst others.

“It is, therefore, worthy of mention that the Management of Gashaka Gumti National Park is fully aware of the security situation of the areas within its legal jurisdiction and as such, has been closing ranks with other relevant stakeholders to curb the daunting challenges associated with her operations.

“I would like to use this medium to allay the fears of the public and emphasise that no criminal elements have invaded and taken over any part of the Park as has been insinuated.

“The Park is secure, safe and open for all forms of legitimate activities in line with the functions of the Park”, he said.

Mr Tunde Morakinyo, Executive Director of African Nature Investment (ANI) Foundation, one of the NGOs partnering the National Park Service domiciled at the Gashaka Gumti Park said the foundation has signed a 30-year agreement with the Nigerian National Park Service for financial and technical support.

“We have been working at the Gashaka Gumti National Park for the past three and a half years and in the last 12 months, we have trained and equipped 43 Rangers, including supplying them with raffles and ammunition.

“We are in the process of training and equipping another 25 Rangers right now and we still plan to train and equip another 40 later this year”.

According to Mr Tunde Morakinyo, “by the end of this year we should have more than 100 well equipped Rangers deployed across the park to complement the anti-poaching activities being carried out.

“We have rehabilitated quite a lot of parking structures including internal Park Road, Ranger Baracks, bought additional Park vehicles to augment the vehicle Fleet and installed a state-of-the-art communications system.

“We have commenced engagement with Communities right across the Park and recently mobilised a team of 37 researchers to carry out extensive survey and engagement with communities within and outside the park, meeting with men, women, community leaders and elders.

“We successfully completed the research work and everyone went in and came back in safety, with some really fantastic experiences in terms of the way we related to the communities.

“So I think you know certainly from ANI Foundation we can categorically state that we carried out the survey and activities extensively right across the park and came out safe’’, Mr Tunde Morakinyo said.

Mr Usman Umar, a research assistant from the Centre for Micro Enterprise Development (CMD) said that they recently finished their two weeks research survey without any security challenges.

“We have been conducting our survey without any harm from bandits or poachers and we went to all the nooks and crannies of Gashaka Gumti National Park, even close to the Cameroon border, to Gumchi in Adamawa State without coming under any threat or harm”, he said.