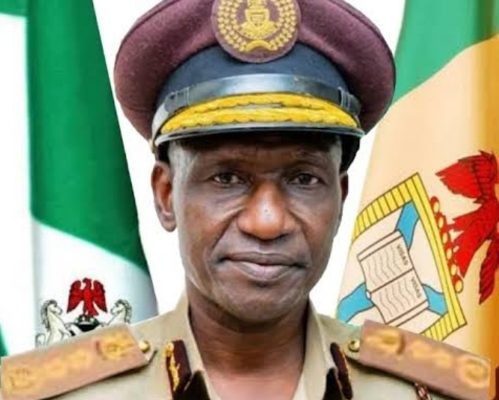 The Comptroller General of the Nigerian Immigration Service (NIS), Isah Jere Idris has disclosed that eight personnel from the service and a wide range of sanctions for 18 others found to have committed offences bordering on indiscipline.

He has also approved the redeployment of 100 officers from the Lagos Airport over involvement in unprofessional conduct and sharp practices reported at the airport recently.

According to the NIS, “The announcement followed the approval granted by the Civil Defence, Correctional, Fire and Immigration Services Board (CDCFIB) to the effect that the conducts of the Personnel have remained grossly unbecoming and unacceptable as members of the service.

“It would be recalled that 35 personnel were in the cause of the year, presented before both the Senior Disciplinary Committee (SDC) and Orderly Room Trial (ORT) processes to ascertain their level of culpability in the various allegations of offences against discipline ranging from employment racketeering, sharp practices, dishonest conducts, absent from duty without official leave (AWOL) among others, preferred against them.

“Meanwhile, nine other personnel comprising one Assistant Superintendent of Immigration II (ASI2) and eight junior Personnel were issued warning letters just as six Personnel were discharged and acquitted from all the allegations brought against them.

“In a related development, the Comptroller General has approved the redeployment of 100 officers and men from the Lagos Airport with immediate effect while some others have been ordered to face disciplinary procedures to ascertain their level of involvement in some unprofessional conducts and practices reported at the airport recently.

“The Comptroller General wishes to use this medium to restate management’s commitment to zero tolerance for any unprofessional conducts by any personnel and so enjoins the public to feel free to report any such conducts by any member of the service for necessary.”