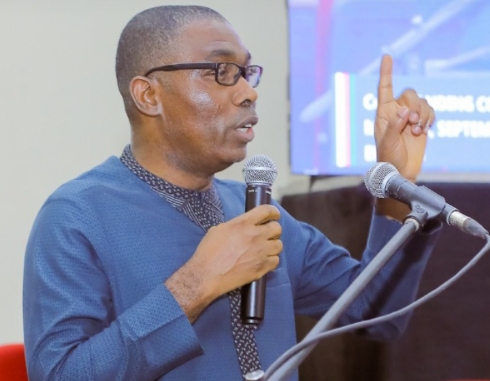 International legal practitioner and presidential candidate of the Social Democratic Party (SDP), Prince Adewole Adebayo has promised to expand the unity schools in the Nigeria if elected into office.

Adebayo also promised to build more unity schools and increase their capacity. He added that he will also set up a counterpart funding for the schools to function effectively.

According to the presidential hopeful, “We have people in government who are using the position to compensate those that brought them into government. None with sincerity of purpose”

The founder of KAFTAN Television added that the best way to help the poor is to ensure that all who have attained the age of employment are gainfully employed, noting that “this is the reason I went to the US, to seek for ways of empowering Nigerians through job creation”.

“US black chamber of commerce sent a message that asides the 2000 companies ready to create jobs in Nigeria, more companies are coming onboard”

“I will structure my presidency to work for the Nigerian people. I will move so many things on the exclusive list of constitution to the concurrent”

Adebayo added that referendum is a legislative question, it doesn’t lie with the President.

“I am seeking to be the president of the people. If I am made president and any bill comes in for referendum, I will sign it”.

“Power comes from God, if I can do it, anybody can. I am not a candidate for show, I am not running to prove I once ran for election”.

”I will stabilize our currency as President. There are 3 ways to get production going. The first is to produce what you need locally. Then, we should start to do value added services, and thirdly, we should produce for exports”, he said.