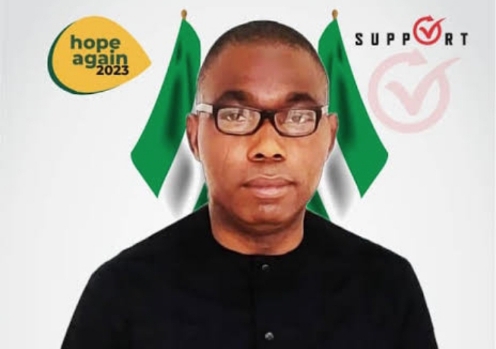 In the build up to the 2023 general elections, the presidential candidate of the Social Democratic Party (SDP) Prince Adewole Adebayo has spoken on what he described as the best cure for failure of leadership in Nigeria, insisting that the current precarious situation in the country was the aftermath of vested interests of self-proclaimed political leaders.

He spoke as he continues engaged in building relationship with major stakeholders and media organisations across the country.

According to him, “Failure of leadership can best be cured by changing bad rulers since the bad rulers won’t change and can’t change themselves.

“The 2023 general election is the time to vote out the bad politicians who theatrically lament over problems they caused, and problems they can fix but refuse to fix.” Adebayo said.

While condemning the latest report which indicates that about 108,000 barrels of crude are stolen daily from state-linked production, he urged Nigerians to vote right people into office as panacea for the urgly leadership outcome in present day Nigeria.

Recall that the Organisation of Petroleum Exporting Countries (OPEC) had recently estimated that Nigeria lost 2.3 million barrels in July alone and 28 million barrels in total from January to July this year, threatening the FG’s N9.37tn oil and gas revenue by the end of the year.

In view of the development, Prince Adebayo said that “Changing terrible rulers is the greatest way to fix leadership failure because bad rulers are unable to and unwilling to adapt.

“Vote out the awful politicians who theatrically bemoan problems they made and problems they have the power to address but choose not to in the general election of 2023”, he said.