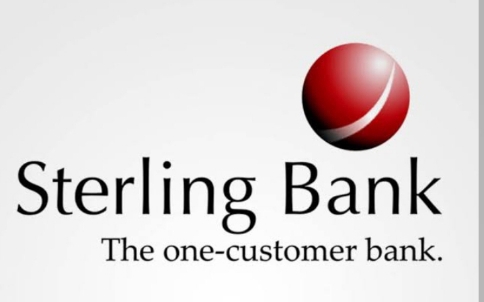 Court Slams N840m Judgement Against Sterling Bank, Others In Delta

A High Court sitting in Effurun in Uvwie Local Government Area of Delta State has awarded a total cost of over N840.8 million against Sterling Bank PLC and Mr Godwin Obali Nwekoyo.

The duo were alleged to have unlawfully sealed the premises of Joma Frozen Food Products limited situated at Number 13, Refinery Road, Effurun near Warri, Delta State.

Justice Roli-Daibo Harriman gave the order while delivering a judgement in a lawsuit Number: EHC/216/2015 filed by the claimant, Agro Allied Development Enterprises.

Delivering judgement, Justice Harriman held that the 1st defendant, Joma Frozen Food Products limited, had no direct or indirect responsibility for the actions of the 2nd and 3rd defendants.

She said the sealing of the cold room facility situated at Number 13, Refinery Road, Effurun, Warri, Delta State by the 2nd and 3rd defendants is an act of trespass.

The Judge held that the actions of the 2nd and 3rd defendants constituted a breach of the claimant’s right of peaceful, peaceable possession and quiet enjoyment of it’s leasehold interest in the said cold room facility.

“It is the law that a claimant who makes a claim for specific damage must provide credible evidence to convince the court that he is entitled to the special damage. The claimant has not only pleaded his specific damage but has provided documents and records showing same. These are not challenged by the defendants in any way.

“I find that special damages have been proved. The claimant has proved it’s case against the 2nd and 3rd defendants and is entitled to Judgement against the said defendants jointly and severally,” Justice Harriman said.

According to a certified true copy of the judgement made available to newsmen in Warri weekend, Justice Harriman ruled that N839.6 million of the cost represents total loss incurred by the claimant over it’s damaged fish while One million naira was for general damage and additional cost of N300,000.

The claimant, a registered food production and processing company through its counsel Mr N. Ogbannaya had approached the court following the unlawful sealing of it’s cold room facility by the 2nd and 3rd defendants.

The claimant sought an order of the court declaring that the sealing of the cold room facility and it’s continuous denial of access to same, jointly and severally, by the 2nd and 3rd defendants was an act of trespass and constitute a breach of it’s rights of peaceful, peaceable possession and quiet enjoyment of it’s interest in the facility.

The claimant also sought for a general and exemplary damages to the tune of one hundred million naira for conversion and Detinue, trespass and breach of it’s right of peaceful and peaceable possession of the cold room.

It also claimed special damages to the tune of N839. 6 million as total loss it incurred in selling it’s fish, damaged during storage at the 1st defendant’s cold room and additional five million Naira being estimated cost of filing the lawsuit.

The claimant averred that sometimes in August and September 2015, it entered into two separate cold room lease/storage agreement with the 1st defendant (Joma Frozen Food Limited) of it’s cold room.

According to the claimant, based on the agreement, it was entitled to a peaceable and peaceful possession and quiet enjoyment of the leased property.

The claimant added that the 1st defendant was supposed to be responsible for all the services including the provision of power supply, maintaining and repairing of the refrigerating units to ensure the temperature of the cold room was maintained at preset degree.

The claimant said that while offloading and storing frozen food valued at Two Billion Naira into the cold room, the 3rd defendant invaded the facility with thugs and policemen, chased away the claimant’s staff and locked up the premises.

According to the claimant, it was, however, revealed that the 3rd defendant of Joseph Nwobike SAN and Co was authorised by the 2nd defendant (Sterling Bank PLC) to seal up the facility.

Despite several warning and pleas by the claimant in view of the perishable items stored in the cold room, it said the 2nd defendant directed the claimant to the 3rd defendant who insisted that the claimant should either buy the property or make a fresh lease.

Mr Ogbannaya, counsel to the claimant said that it was difficult for his client to access the facility until a court order was obtained adding that within that period, the fish products had began to loose quality and signs of decomposition.

When the matter was called in the court, the 1st defendant denied liability to the claims alleging that the 2nd and 3rd defendants after the ex parte order, moved into the premises with thugs and civil defence personnel and ordered everyone to leave the premises.

The 1st defendant through its Counsel O. Uloho also denied that it required the consent of the 2nd defendant to lease the property which made the 2nd and 3rd defendants liable for the loss suffered by the claimant.

Uloho argued that It was also revealed that after a forensic audit, the 1st defendant was not indebted to the 2nd defendant (Sterling Bank PLC).

On the other hand, the 2nd and 3rd defendants in their joint statement of defence pleaded that the said property belonged to Chief Godspower Agbonifo who had executed several mortgage deed over the property in favour of the 2nd defendant as security for multiple credit facilities granted to the 1st defendant.

Etuwewe said that the action of his clients did not in any way affect the business being carried out in the premises adding that the claimant was not the owner of the premises nor was it in lawful possession of same.