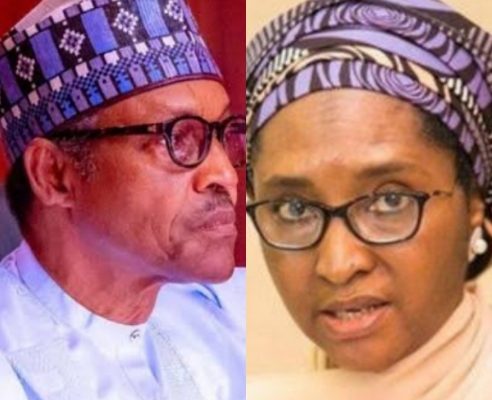 The federal government has justified the approval of the sum of N1,145,000,000.00 for the purchase of vehicles for the Niger Republic.

Following the outrage generated by the measure exposed by a popular social media influencer, David Hundeyin, on Wednesday, the Minister of Finance, Budget and National Planning, Mrs Zainab Ahmed, argued that even though Nigerians have the right to question, President Muhammadu Buhari, who approved the purchase also has the right to make his own assessment on situations and act accordingly.

Responding to questions during the post-Federal Executive Council (FEC) meeting presided over by President Buhari at the Presidential Villa, Abuja on Wednesday, she said Nigeria has a policy of assisting its neighbours to strengthen its capacity to deal with insecurity.

The document released by the media influencer showed that the president approved the release of the fund on the 22nd of February this year.

The contract to supply the 10 units of Toyota Land Cruisers was awarded to IFO Kaura Motors Nig. Limited.