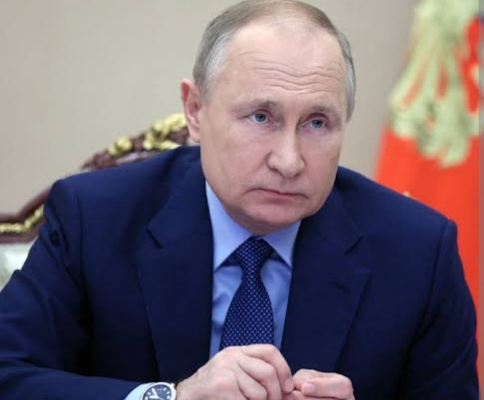 Civil rights advocacy group, Human Rights Writers Association of Nigeria (HURIWA), on Tuesday, lambasted the administration of President Muhammadu Buhari for its tardy response to a Save Our Soul message sent to him seeking immediate evacuation from war-wracked European country, Ukraine by Nigerians in war torn Ukraine.

HURIWA, in a statement by its National Coordinator, Comrade Emmanuel Onwubiko, knocked the Minister of Foreign Affairs, Geoffrey Onyeama; the Chairman of the Nigerians in Diaspora Commission, Abike Dabiri-Erewa, and the Nigerian Embassy in Kyiv, the Ukrainian capital, for foot-dragging on the request of the over 5,000 helpless Nigerian students in the wake of the bloody invasion of Ukraine by Russian forces.

Before the destructive and illegal invasion by men sent by President Vladimir Putin, many countries and foreign missions had been proactive enough to evacuate their nationals but same cannot be said of the somnolent government of Buhari that waited till airspaces are closed to make knee-jerk, face-saving reactions to shield its arrant irresponsibility.

HURIWA’s Onwubiko said, “Like other aspects, President Muhammadu Buhari’s Presidency fumbled again, this time woefully, because it failed to effectively and timeously evacuate Nigerians from Ukraine many weeks before the eventual war started following the needless invasion of Ukraine by Russia on the illegal orders of President Vladimir Putin.

“The Foreign Affairs Minister also failed. NIDCOM has failed. The Embassy of Nigeria in  Ukraine has failed. We failed our children who are mostly students in Ukraine and these are youths that left due to neglect of government of the educational sector and the incessant and annoying strikes by Academic Staff Union of Universities due to the criminal failures of the Federal Government to keep to its own side of the obligations.

“To avoid their destinies being victims of the irresponsibility of the government, struggling Nigerian parents send their wards to Ukraine and other European countries with uninterrupted academic sessions and quality education. Sadly, these parents have been subjected to panic attacks and depression in the past five days since the war broke out and claimed hundreds of lives.

“Of course, the elite ruling Nigeria all have their kids in Western Europe, Canada, USA and so they don’t care if these mostly children of struggling parents are killed in Ukraine.

“The attitude of the Minister of Education, Adamu Adamu, who walked out on the protesting members of the National Association of Nigerian Students in Abuja on Monday showed the World that the predatory and reactionary elements who have hijacked Nigeria as political rulers do not care a hoot even if the universities are closed for years and yet these Nigerians who managed to go to Eastern European nation of Ukraine are treated shabbily by government at a time of grave threats to their lives as if they have no home government whereas all other nations did the needful early including African nations.

“HURIWA call for the immediate resignations of education, and foreign affairs ministers as well as the sacking of the diaspora commission boss that is if the President has what it takes to punish dereliction of duty by his aides.

“The world is watching how the Nigerian government under Buhari treats students abroad and history will be frank to record his lackadaisical attitude to the wellbeing of these helpless students.”