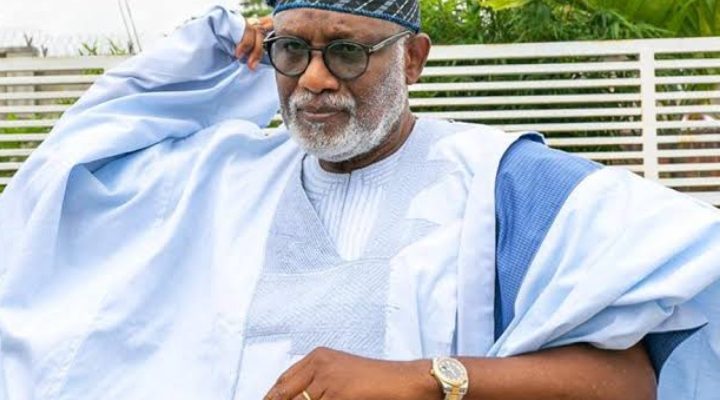 The Coalition of Northern Groups (CNG) has reacted to Ondo State Governor, Rotimi Akeredolu’s remarks that no party must field a northern candidate in 2023, saying they are empty threats that won’t work.

CNG, through its Spokesperson Abdul-Azeez Suleiman warned that as far as the North was concerned, the idea that it would be directly or indirectly threatened or intimidated or blackmailed into yielding an office which ought to be settled democratically is not acceptable.

He condemned the threat by Akeredolu as another desperation to brutally encroach on the fundamental rights of political parties to field candidates of their choices, and the right of voters to freely exercise choices over who leads them.

While warning that “the right of northerners to aspire to any elective position in any party is non-negotiable”, Suleiman said “the North will not be deterred ortherners by empty, provocative statements from Akeredolu and groups in the South”, who believe in threats and hate campaigns as the hallmark or defining elements for elections.

“For the avoidance of doubt, no amount of threats and intimidation from the South would change the minds of northerners regarding zoning,” Suleiman said.

He warned that “the persistent threats from self-appointed enemies of the North is unconstitutional and reckless”, adding that Akeredolu constitutes a threat to the nation’s democracy.

“Any president to be elected should be done democratically and not by unnecessary empty expressions by anyone from whatever region and of whatever status,” CNG warned.