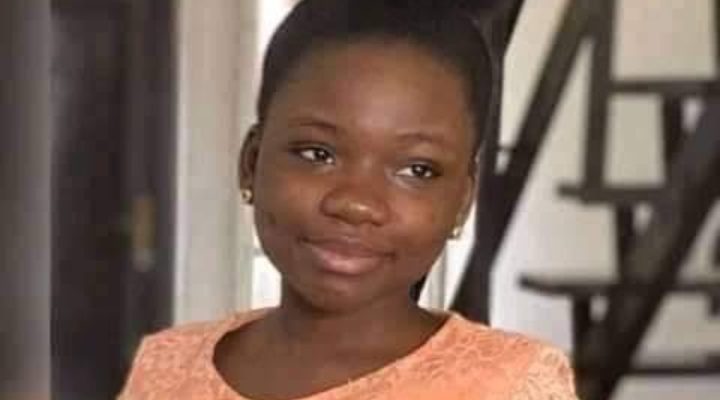 The Human Rights Writers Association of Nigeria (HURIWA) has decried the delay in commencement of the investigative public hearing in the House of Representatives to unravel the circumstances which led to the alleged rape and eventual death of 14 year old boarding student of Premiere Academy, Lugbe, Abuja (PALA), Miss Keren-Happuch Aondodoo Akphagher.

According to an alleged medical report from Queen Clinic where she died, Keren-Happuch died on the 22nd of June 2021 after the condom left inside her by a killer-rapist infected her with sepsis, which spiked her blood sugar, compromised her immunity, leading to her death by hyperglycemia.

Specifically, following a motion presented by Hon. Mark Gbilah on the floor of the House of Representatives on 7th of December 2021, the House resolved to conduct an Investigative public hearing into the rape and death of Keren-Happuch.

The House also reportedly directed the Inspector General of Police to conduct DNA test for all male staff of the said school in Lughbe Abuja and march it with the dead spermatozoa found in Keren’s urine. 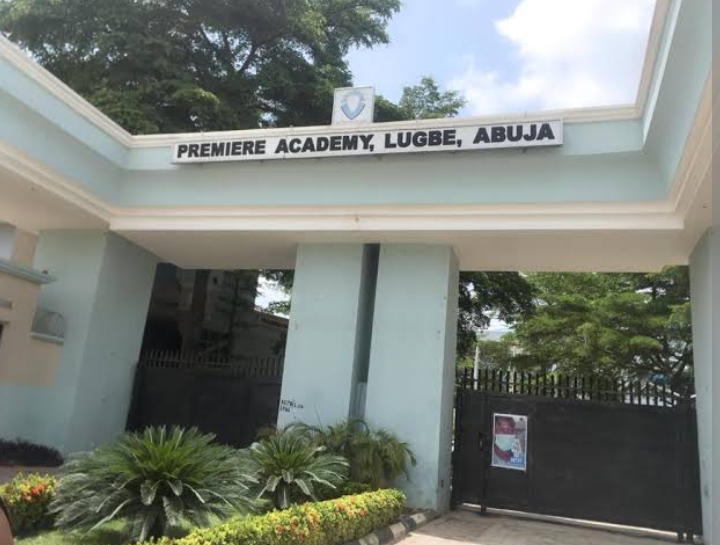 Premier Academy in Abuja where the victim was a boarding student has however denied allegations that the teenage student was raped by anyone within their school premises.

However, over eight weeks after these far reaching resolutions were made, HURIWA, in a statement signed by its national coordinator,  Comrade Emmanuel Onwubiko, lamented that the House of Representatives seem to have developed  cold feet about enforcing or implementing its own resolutions.

The Rights Advocacy Group affirmed thus: “We appreciate the far-reaching resolutions of the House of Representatives to uncover the alleged rape and death of Keren-Happuch.

“But the Human Rights Writers Association of Nigeria (HURIWA) is concerned that eight weeks after these resolutions were made, the House of Representatives seem to have developed a cold feet.

“This is surely not good for the image of the green chambers. This seeming reluctance and delay can only achieve one thing – help the alleged killer-rapist to buy more time and evade justice”, the rights group stated.

“In case the import of their resolution to conduct investigative public hearing on the matter is lost on the lawmakers, HURIWA wishes to point out that a public hearing will go along way in reminding management of schools all across Nigeria and beyond  that they are accountable for whatever happens to a child entrusted in their care in line with the principle of in loco parentis.

“It will further clean up the aegean stable and the oozing odour in the global community that Nigeria as a Sovereign nation does not care about her Children.

“The public investigative hearing by the House of Representatives will also demonstrate the resolve of the green chambers to help curtail the alarming rise in sexual violence and particularly child sexual abuse in Nigeria.

“They cannot afford to delay anymore as this will send a wrong message to the Nigerian people as to their seriousness to address this societal malaise”, HURIWA stated.

HURIWA also called on the House to urge the Inspector General of Police to protect the Executive Director of Men Against Rape Foundation and Leader of the Coalition of Gender Based Violence Responders, Lemmy Ughegbe whose life has been under alleged threat for seeking justice for Keren-Happuch.

“All security agencies and people of good will must continually support the work Ughegbe has been doing to address Sexual and Gender Based Violence generally and provide access to justice for victims, survivors and their families.”

As reported by the media, in their determined to fish out the alleged killer-rapists of 14 year old Keren-Happuch Aondodoo Akphagher, the House of Representatives has ordered the Inspector General of Police to conduct DNA on all staff of Premiere Academy, Lugbe, Abuja and march it with the dead spermatozoa found in her urine.

Keren died on the 22nd of June 2021 after contracting sepsis as a result of condom left inside her after being raped allegedly at Premiere Academy, Lugbe, where she was a boarding student. The School stridently denied the allegation.

However after over five months after she died, the Ministers of the Federal Capital Territory, Women Affairs and Education, Pauline Tallen and Adamu Adamu, have neither spoken nor taken any action to ensure that the culprit is found, brought to book and the school is investigated over its complicity leading to Keren’s rape and death.

This prompted the Coalition of Gender Based Violence Responders led by the Executive Director of Men Against Rape Foundation (MARF), Lemmy Ughegbe to embark on a protest walk to the National Assmebly with Keren’s mother, Mrs Vivien Vihimga Akphagher and other family members.

Ughegbe accused the ministers of FCT, Education and Women Affairs of a conspiracy of silence and inaction, which he said “incentivises rape and pedophilia, emboldens rapists and pedophiles and make schools and the society unsafe for our children and the vulnerable.”

“When the grandson of a political elite was allegedly beaten to death by his teacher in a school in Kwali, all these indolent ministers picked up the story from social media within minutes and took some steps immediately, but 5 months after Keren died following health complications and despite our correspondence to them, they have been in a conspiracy of silence and inaction”, Ughegbe lamented.

He said by their inaction, “they have shown that all they are interested in is servicing of the political elites and their families. They have acted as though Keren’s life doesn’t matter.

“But we shall continue to call them out for the ineffectual and hypocritical public officers that they are”, he said.

In his address to the protesters, the Speaker of the House of Representatives who was represented by Hon. Mark Gbilah, said the entire parliament was pained by the sad circumstances leading to the death of Keren, declaring that no school was above the law.

According to Gbilah ”the house is in session, but when we were notified that you people were here on a peaceful protest, the speaker asked me to come and address you people.

“I am therefore here at his instance. Yesterday, I was able to table the motion on the floor of the house and I made very far-reaching demands and what you said about DNA test is specifically indicated as a requirement and the police have been mandated to initiate an investigation through Inspector General of Police on this matter.

“They have been told to carry out a DNA test on everybody in that school. They have informed me that the spermatozoa have been preserved so that we will know who is responsible for this act.

“Also we are going to have public investigative hearing and the Minister of Women Affairs, Minister of FCT, The Inspector General of Police, Minister of Education and the school authority will be invited.

“It is a shame that our children can no longer be safe and this is totally unacceptable. But let me assure you that for some of us, when we start something, we follow it to the end. So, please, we will need the news report where the police confirmed that Keren was raped.

“This will be useful for the investigative panel. I assure you justice shall be done and we will find the culprit.”

On Tuesday, December 7th, 2021, Hon Gbilah moved a motion to investigate the school, which was adopted by the House of Representatives.

“The House Notes the reported death of Miss Keren–Happuch Aondodoo Akpagher, a 14–year old SS1 boarding student of Premiere Academy, Lugbe, Abuja, who was allegedly raped and eventually died on 22 June 2021 from medical complications as a result of rape; Also notes that Keren was reported to have taken ill on 16 June 2021, without adequate medical care by Premiere Academy, until the mother took her to a hospital in Wuse Zone 6 Abuja on 19 June 2021 where she eventually died three days later;

“Worried that the Medical examination before her death revealed a condom lodged in her private part which had a milky effusion with the presence of dead spermatozoa within the fluid which had caused an infection that developed into sepsis;

“Alarmed at the unwillingness of Premiere Academy to uncover the truth behind Keren’s death and the management media denial of previous cases of sexual harassment of students in the institution contrary to documentary evidence;

“Also alarmed at the lack of proactive and thorough investigation by the Nigeria Police Force even after formal correspondence to the police by the deceased family’s lawyers and the allegations by Amnesty International of harassment and threat to the lives of Keren’s mother, Vivien Akpagher, her family and the leader of the Coalition of Gender–Based Violence Responders and his family over their public campaigns and advocacy demanding justice for Keren;

“Disturbed that while the world recently observed the United Nations International Day for Elimination of Violence against Women on 25 November 2021 with the theme “Orange the World:

“End Violence against Women Now! which marked the launch of the 16–day campaign “Unite to End Violence against Women” from 25 November 2021 to 10 December 2021, Nigerian Authorities do not appear to recognize its obligation to adopt and implement appropriate measures to ensure women and girls are protected from all forms of violence including rape and sexual harassment considering the nation’s ratification of several Domestic, Regional And International Protocols and Charters on Women’s rights, ending Violence against Women and other Human rights laws including Section 34 of the Constitution of the Federal Republic of Nigeria, 1999 (as amended) which guarantees that no Nigerian shall be subjected to torture or inhuman or degrading treatment.

“Resolves to: (i) Urge the Nigeria Police Force to thoroughly investigate mysteries surrounding the death of Keren, allegations of harassment and threat to the life of Keren’s family and the leader of a Coalition of Gender–Based Violence and his family and carry out a DNA test, recover spermatozoa and test Premiere Academy staff to identify anyone liable and bring him to justice;

“(ii) mandate the Committees on Woman Affairs, Human Rights and Police Affairs to invite stakeholders to investigate the following: (a) Circumstances surrounding the death of Keren–Happuch Aondodoo Akpagher; (b) allegations of the unwillingness of the Nigeria Police Force to initiate an investigation into the death of Keren; (c) allegations of harassment and threat to the life of Keren’s family and the leader of an NGO and his family; (d) Previous cases of sexual harassment at Premiere Academy Abuja; (e) Other incidents of Violence against Women in Nigeria; (f) probable lapses by other relevant agencies handling the incident and report back within six (6) weeks for further legislative action;

“(iii) observe a minute of silence in honour of Miss Keren–Happuch Aondodoo Akpagher and other victims of violence against women in Nigeria.”