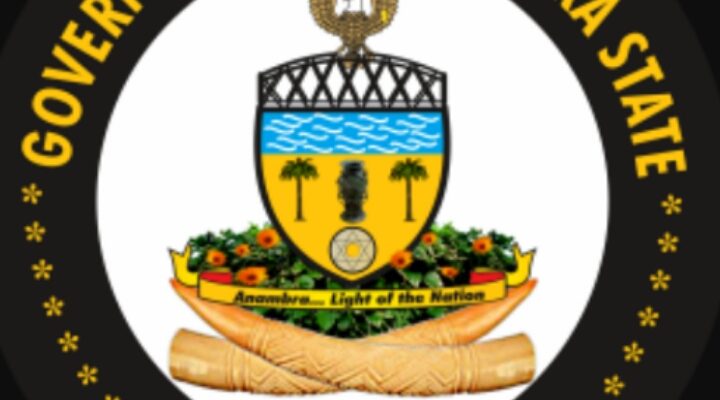 Contents show
1 …Insist that Anambra Voters Must Be Pampered, Protected to Vote
2 Agitators Must Learn From History
3 Our Passionate Appeal To Runaway Anambra Voters and others
3.1 Kindly Share This Story With Friends via:
3.2 Like this:

…Insist that Anambra Voters Must Be Pampered, Protected to Vote

The leaders of the International Society for Civil Liberties and Rule of Law (Intersociety), the Southeast Zone of the Civil Liberties Organization (Southeast CLO) and the Southeast Based Coalition of Democracy and Human Rights Organizations (SBCHROs) have noted with mixed feelings the decision by Nigeria’s leading Self Determination Agitators led by Nnamdi Kanu to call off their “seven days sit-at-home” in the Southeast especially Anambra State, scheduled to commence on 5th November 2021.

The called off “Seven Days Sit-at-Home’, its timing and threats of its mandatory compliance had raised dusts and outcries among Anambra citizens, Civil Society organizations including our Coalition and concerned others and threatened the credibly of the November 6 Governorship Election and its would-be outcome.

It is therefore the stand of our Coalition that though the call-off of the ‘Sit-at-Home’ notice is a commendable reprieve or relief but huge harms and damages have been done, capable of tainting the popularity and credibility of the Poll

Harms And Damages Done: The announcement by the Agitators of their intent to impose sit-at-home and issuance of threats for its total compliance and unleashing of group violence by paid others have already cost a lot of harms and damages on Anambra voters and threatened popularity and credibility of the Poll especially in the areas of fears and panics created and inflicted.

Tensions, panics and fears are all fundamental intents of psychological violence (intended violence) or threats of same by killer state and non-state actors.

We are authoritatively aware that members of the Anambra voting population are still living with inflicted fears and panics, forcing a great number of them to sneak out of the State for their safety and others who could not sneak out of the state, to relocate to parts of the State they deemed safer, thereby leaving behind their registered voting units and permanent voters’ cards or PVCs.

Totality of these had arisen following the agitators’ threats of scuttling the Poll with ‘Seven-Days Sit-at-Home’ and organized group violence. The drafted security forces especially soldiers and police and their High Commands have also not helped matters and have escalated and worsened created tensions, panics and fears by deliberately creating unsafe conditions, threats, mass arrests and brutalities, killings and show of force.

Agitators Must Learn From History

Disruption of democratic and electoral processes is an anathema all over the world and from the time immemorial to the present UN System. Those who treasured and derived pleasures in doing such are the “rogue persons” or “rogue entities” in the eyes of international law and order and liable to international ostracism.

This also explains why the United States has gone as far as identifying and sanctioning political actors found to be masterminding truncation of democratic and electoral processes.

Therefore, it is high crime and fundamental social breach to truncate electoral process especially by picking up arms against a civilian voting population or using threats of group violence to stop a population from democratically choosing their leaders.

This is more so when the group using such violence or threats of same is yearning for a statehood or regional autonomy or ethnic and religious identity recognition in a specified territory where they were born, grown and recognized under UN System.

It is also instructive to remind such violent anti-democratic and electoral entity or entities that those who live in glass houses do not throw stones and more so when the very foundation of quest for territorial self-governance and recognition or formation of same under UN System is rested on forms of electoral or democratic process called “referendum”, “plebiscite”, or “statehood formative election”.

All Eyes On Drafted Soldiers And Police: While the call-off of the ‘sit-at-home’ by the Agitators is a relief, all eyes are now on drafted security forces especially soldiers and police. This is more so when ‘the splinter groups and their camps have concurred or affirmed the order calling off the sit-at-home.

The security and safety of the Nov 6 Anambra Governorship Poll are therefore squarely rested in the hands of the drafted security forces, their sedentary counterparts and High Commands.

In other words, it is time for the citizens of Anambra State to know whether the drafted security forces and their handlers are in the State to ensure free, fair and popular Election through friendly and skillful Election Duty security and safety, or whether they are on a contrary mission such as poll rigging or supervision of the same; or coded ‘jihadist/ethnic cleansing’ mission.

Anambra Voters Must Be Pampered And Protected To Vote: It is now the duty of security agencies and their handlers drafted to police Anambra Governorship Poll to totally do away with all forms of hostilities and foul or threatening slogans and languages towards Anambra citizens including the voting population.

They must also turn to new leaf and beg, apologize, pamper and pet Anambra citizens in general and voters in particular.

All forms of threats, harassments, brutalities and infliction of fears including indiscriminate and aimless shootings and the so called “show of force” must be done away with, The Governor of Anambra State, the Commanders of the Onitsha Army Cantonment and the Ogbaru Naval Base as well as the State Director of SSS, the State Commandant of the Nigerian Security and Civil Defense Corps and the State Commissioner of Police must be fetched and forced back into the State to take charge. This is as a matter of uttermost urgency, immediacy and inexcusability.

They must not only take charge but also be on the ground twenty-four hours a day through a joint live mobile TV/Radio/Web station where they will be receiving and dealing with complaints from victims of the security operatives’ misbehaviors and launch round-the-clock soothing appeals on voting citizens to come out to vote and be protected.

Our Passionate Appeal To Runaway Anambra Voters and others

On our part, the Coalition passionately appeals to those with PVCs who left the State or their registered polling booths areas for safety to return and participate in the voting exercise.

Those outside the State willing to return must do so before 6pm today. Anambra voters must take courage and charge and vote so as to secure the future of the State on the grounds of religion, ethnic identity, territorial and boundary security and economic security and safety.