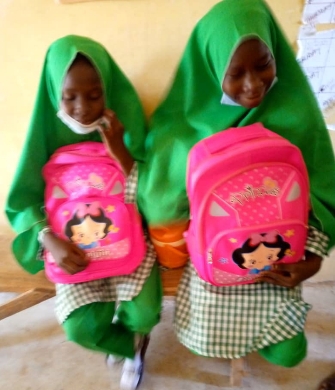 Education is very important for every child whether boy or girl. It is said that some communities still discriminate against the education of the girl child. About a 57million children around the world are not going to school.

A report titled, “Children Still Battling to Go to School”, revealed that 95% of the 28.5 million children not getting a primary school education live in low and lower-middle-income countries – 44% in sub-Saharan Africa, 19% in south and west Asia, and 14% in the Arab states, UNESCO said.

Girls make up 55% of the total and were often the victims of rape and other sexual violence that accompanies armed conflicts, the UNESCO report added.

Propelled by such statistics, the founder of the Ekemini Inyang Foundation, Dr. Ekemini Inyang, who spoke with Abuja Business Reports in Bauchi, has vowed the foundation will always support girl child education in Nigeria and beyond.

She noted that as the world celebrates Malala’s birthday, “let us look at some of the reasons why girls should get an education.”

Ekemini Inyang stated that by sending a girl to school, she is far more likely to ensure that her children also receive an education.

“Educated women (with greater knowledge of health care and fewer pregnancies) are less likely to die during pregnancy, childbirth, or during the postpartum period.

“Educated women are more likely to participate in political discussions, meetings, and decision-making, which in turn promotes a more representative, effective government.

“Educated girls and women are less likely to be victims of domestic and sexual violence or to tolerate it in their families”, Dr. Inyang observed.

The Founder maintained that “although some level of success has been achieved in recent times on girl child education, a lot still needs to be done to secure the collective future of Nigerian children.

“An educated girl today is an empowered mother with potentials and knowledge which she passes down to her children and the society”, Dr. Inyang said.

She added that it was high time parents realized that female children can attain their potentials and contribute meaningfully to society, given the same opportunities and support.

She then called on government at all levels and philanthropists to support the education of less privileged children, especially girls.