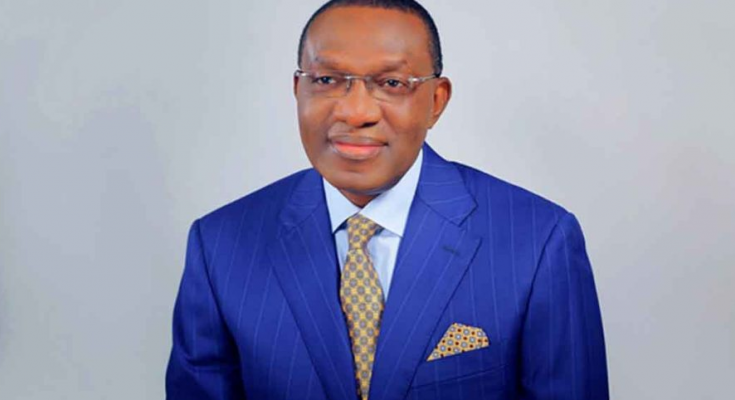 All Progressives Congress (APC) faithfuls in Onitsha North Local Government Area of Anambra State have been charged to intensify their mobilisation efforts by embarking on an intensive family-to-family and door-to-door canvassing.

The party members and Senator Andy Uba Support Group who met recently noted that their campaign strategy “is to ensure a landslide victory for Senator Andy Ubah at the forthcoming November 6, 2021 governorship election in the state.”

Addressing members of the party during an interactive session at ward 13, Onitsha North Local Government Area, a former Anambra State House of Assembly candidate and APC stalwart, Hon. Nnabuenyi Jude Oniah urged the party faithfuls to continue with the strategic move of wooing prospective voters at the family and neighbourhood levels.

This, he noted, is to facilitate Andy Ubah’s victory and that of the APC to rescue Anambra State residents from their present hardships.

Hon. Oniah maintained that Senator Andy Uba has all it takes to win the November 6th Elections in the state, adding that Senator Uba is an experienced politician with pedigree, track record, impeccable character, humanness and the blueprint to reposition Anambra for a rapid positive transformation.

According to him “Overtaking is allowed, so all hands should be on deck to convince, canvas and mobilise at least 10 prospective voters each to cast their votes for APC at the various polling booths in line with the party’s family-to-family, door-to-door neighbourhood grassroots campaign strategy.”

Speaking earlier, a member of the APC National Campaign Committee for Anambra Elections and two-time member of the House of Representatives, Onitsha Federal Constituency, Hon. Gozie Agbakoba stated that net worth politicians defecting to APC have seen the handwriting on the wall and have realised the need to connect with the centre for the interest of the Igbo presidency aspiration.

Hon. Agbakoba who is a Board of Trustees (BOT) member of the APC Ward-To-Ward Ambassadors maintained that Anambra State could no longer afford to be isolated from the federal government.

He disclosed that Senator Andy Uba has plans of fixing the broken down infrastructures in the state through an articulate blueprint that would take the state to the next level if elected the next governor.

He further disclosed that the APC support group for Andy Uba would soon embark on harmonisation/sensitisation workshop to further enlighten party faithfuls on the modality for the present political dispensation.

In his speech, former Allied Congress of Party of Nigeria (ACPN) governorship candidate in the 2017 Anambra State election, who is the the zonal coordinator of the APC Ward-To-Ward Ambassadors, Comrade Akunwata Ejoh Ojiba equally charged members of the ward to redouble their mobilisation efforts by working assiduously for the resounding victory of the party.

He urged members of the party to get ready to take over government of Anambra State, describing Senator Andy Uba as the anointed candidate whose time has come for the governance of the state, “judging by his pedigree, experience, contacts and antecedents.”

He pointed out that Andy Ubah’s candidature was already causing ripples and panic among other rival parties.

The initiator and Onitsha North Local Government Coordinator of APC Support Group for Andy Uba, Hon Victor Mba debunked the false propaganda that APC was a Hausa/Fulani party, pointing out that Senator Andy Uba was an illustrious Igbo son that has paid his dues at the National Assembly.

Hon Mba stated that the performance of the APC-led federal government in the south-east, particularly the 2nd Niger Bridge, rehabilitating of the Enugu-Onitsha road, Ezinifite Express road among others, was enough for the electorate to see the party as the platform that would attract massive development to the state.

Hon Mba further pointed out that democratic dividends from Honorables Stella Oduah and Linda Ikpeazu who have defected to APC should be able to convince the electorate that the Andy Uba administration would usher in a new era of rapid transformation of the state.

ALSO READ  100 Days After Abuja - Kaduna Train Attack 5 Children, 45 Others May Be Killed

He traced his numerous contributions and expressed confidence and the time has come for the emergence of an APC government in the state.

Hon Mba lamented the collapse of public amenities and structures which he said has led to constant traffic jam along major roads in the state.

He disclosed further that the group would take steps to screen and ensure that only credible and loyal party members are appointed as polling agents at the polls.

He charged the party members to endeavour to mobilise at least ten prospective voters each to cast their votes for the party.

Also speaking the Deputy Coordinator of the Group, Apostle Uzo Nwanonye (Bestman) extolled the leadership qualities of Hon Victor Mba and pledged to ensure equitable and transparent distribution of campaign materials and logistics for the Nov 16 election.

He urged the members of strive towards holding down their individual polling units.