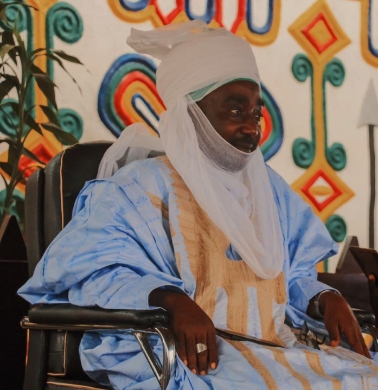 Emir Sanusi Is Like My Twin Brother, Says Emir of Zazzau

The Emir of Zazzau Amb. Ahmad Nuhu Bamalli has said that the former Emir of Kano, Muhammadu Sanusi II is like his twin brother because of their excellent relationship status.

The first class monarch made this assertion during an interview with our reporter on Wednesday, August 18, 2021, at his palace in Zazzau Emirate.

The Emir, who is also a former ambassador said that the excellent relationship between him and Sanusi II started long time between their parents.

“First and foremost, our families have been together long before we were born. He is older than me. Our fathers were both in diplomatic service. His father and late Emir Ado Bayero were both Ambassadors and my father was a minister.” the Emir said.

“So and again, Sanusi and I even though he is few years older than me: he is 60; I am 55 now, we had excellent relationship and also our families too. We were colleagues at the Mint. He was the CBN governor and chairman and I was the MD there at the Mint. So that is the official relationship we had together”

The Emir, however, further added that after their official relationship during public service, they are still together as one indivisible family.

“After public service, he became an Emir. I was also Magajin Gari. And now, I happened to be here (as Emir of Zazzau).

“So, we are still together as one indivisible family. Even this week, I was the chairman of the Sanusi II colloquium that took place in Kaduna. So we are one family.”

Like Loading...
Previous PostReporter's Diary: A Media Chat With Sarkin Zazzau Next PostFG Spent N2.89tn Of Revenue On Debt Servicing In 8 Months