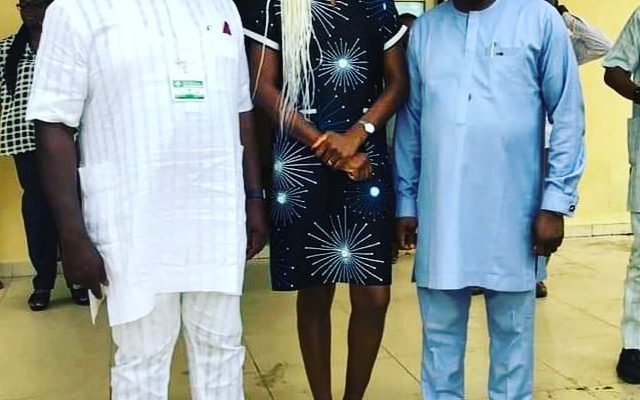 Describing him as a rare gem, Hon. Osakwe-Hibbert in a statement personally signed by her said: “we know it’s  not these numbers that matter but the life he has managed to breathe into these numbers!

“Before becoming the Deputy Governor of Imo State in March 2013, he was an accomplished entrepreneur, management consultant and administrator. His antecedents outside core politics, meant that he excelled during his time as our Deputy Governor in Imo State.

“Prince Madumere, delivered his official duties outstandingly and even went beyond to mentor, inspire and guide younger Imolites to a better path. A trait he still possesses till date and ever ready to share with any serious young person willing to be guided”, she the former Governor’s aide stated.

She added, “I, Hon. Cllr. Celia Osakwe-Hibbert, sincerely wish you, Prince Eze Madumere, a Happy Birthday today as you attain a new milestone.

“Your bosom friend on the right, Prince Dr. Charlse Onuoha, late Special Adviser to the Governor on Foreign Direct Investment would have definitely wanted us to hang out with you today and celebrate your impactful life.

“Although he’s no longer on earth with us, I’m sure like me, you can hear the echo from the laughter, joy and happiness from those beautiful moments we all spent together.

“You, Prince Madumere will always be our Imo Gem; do have a fantastic birthday filled with health and wealth.

“Have fun and God bless”, her birthday message concluded.