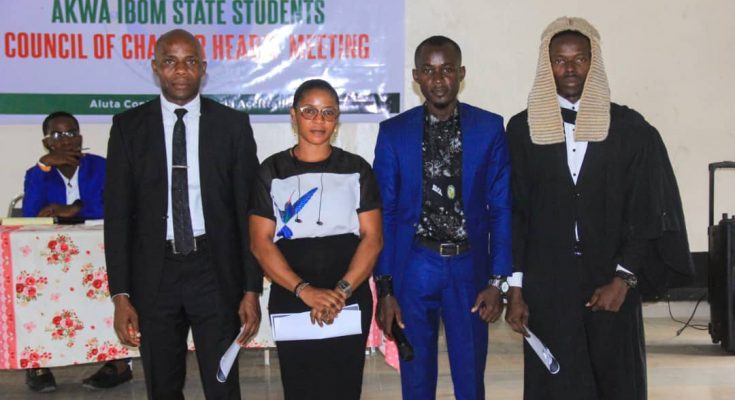 To Complete the three Arms of Government required by the Constitution for the administration of National Association of Akwa Ibom State Students (NAAKISS) Worldwide, the President of the Association, Comr. Aniedi Michael has inaugurated Comr. Ukanga Joseph Peter as the new Chief Judge of the association alongside with four other Judges.

The inauguration came on Friday during the Council of Chapter Heads’ Meeting of the association at the Conference Hall of APAIU Hotel, Uyo. According to Comr. Aniedi Michael the inauguration became necessary after the screening and affirmation of the nominees by NAAKISS Worldwide Parliament. 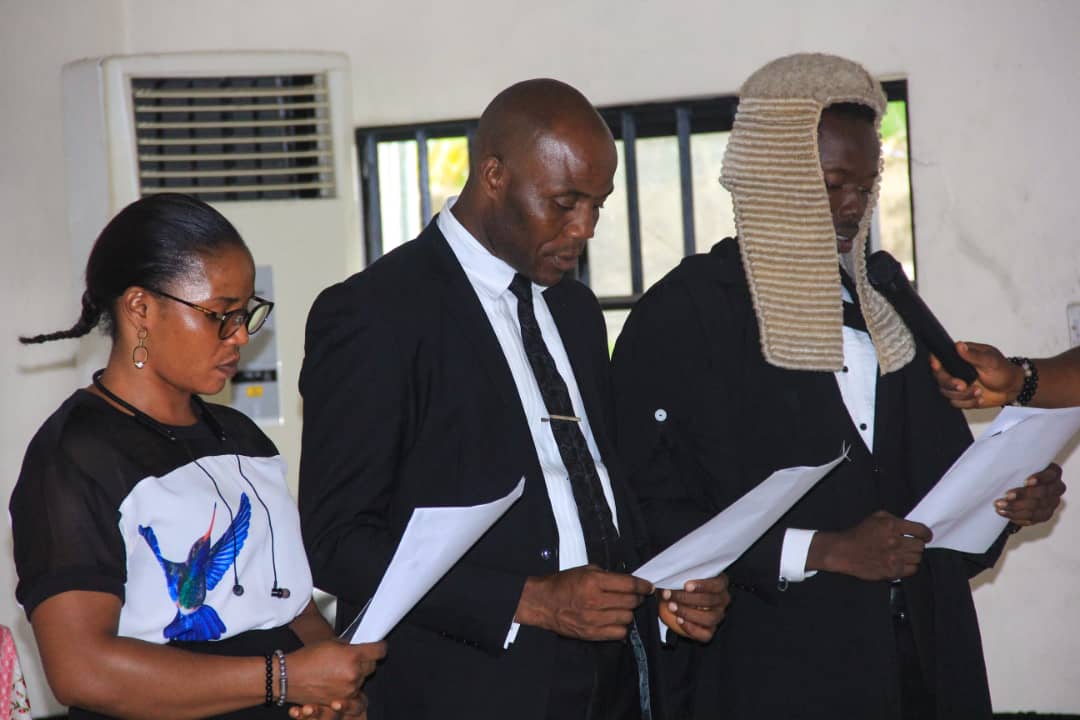 Comr. Michael stressed that zoning system is highly maintained to give sense of belonging to the three major tribes making up National Association of Akwa Ibom State Students NAAKISS Worldwide. “Since I am the President of NAAKISS Worldwide from Ibibio tribe and the leader of NAAKISS Worldwide Parliament is from Oron tribe, I therefore consider nominating Comr. Ukanga Joseph Peter from Annang tribe to be the Chief Judge, heading the Judicial Arm of NAAKISS”.

He congratulated Comr. Ukanga Joseph Peter and other Judges on their appointments and encouraged them to put on their best in discharging their duties for the growth of the association. He appreciated all members of the Council of Chapter Heads for creating time out of their tight schedule of activities to attend the meeting.

Comr. Michael however charged Student Leaders from different campuses to show leadership by example and to encourage Students to continue remaining law abiding and to concentrate on their studies.

The meeting was an interactive session with a brief party as members of Council of Chapter Heads dine and wine with the NAAKISS Worldwide President.

Findings by Abuja Business Reports correspondent have shown that the recent news that circulated on social media claiming that buses belonging to some South Eastern...