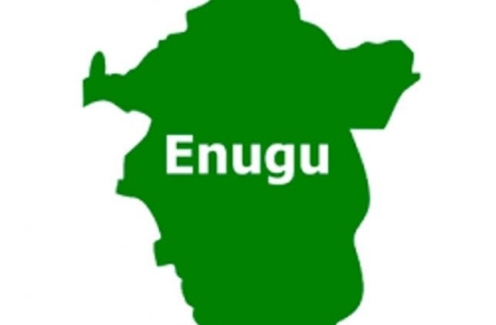 The group of 74 political parties (G74) of the Inter-party Advisory Council (IPAC), Enugu State has condemned statement creditated to a faction of the council led by Mr Alor Edwin and Barr Casmir Uchenna Agbo claimed in a communique that Enugu State Independent Electoral Commission (ENSIEC) failed to publish the list of voters or display voters register in line with the law establishing it.

The faction threatened to pull out of the local government election scheduled for February 23, 2022.

In a statement jointly signed by the state Co-ordinator of the G74 IPAC Enugu State, Apostle Newman Chukwuajaih, and the Secretary, Hon. Obinna Ogah, the 74 political parties, most of whom won an appeal in court seeking revalidation of their registration after they were deregistratef by the Independent National Electoral Commission (INEC), encouraged the people of the state to go out vote.

“We call on the Enugu State people to go about their lawful duties without fear and come out in mass on 23 February to exercise their franchise by voting candidates of their choice”, the 74 parties said.

The G74 IPAC therefore denounced the “communiqué raised by a group of 18 political parties in Enugu State where they made a lot of allegations against Enugu State independent electoral Commission (ENSIEC) concerning the coming elections with the threat to stop the election and
encouraging people to boycott the election.”

They said, “We the group of 74 political parties in Enugu State wish to state that such statement was made in bad faith with intention to cause confusion, tarnish the image of the state ENSIEC and peace we enjoy in the state.

“We the G74 IPAC is by this release telling the general public to disregard that communiqué and throw every piece of information therein into the trash as there is no iota of truth contained in it.

“We want to let you know that ENSIEC has been following the rule of law till date, all their allegations are false because they not only displayed their
ignorance but proved to the world that they are incompetent and not on
ground, therefore are not worthy to be called or known as party chairman, their parties are as worthless as anything you can think of in this state since they cannot field nor sponsor qualified candidates in an ordinary local government elections.

“How can a sane man sit at the comfort of his house without coming for ordinary screening exercise and expect ENSIEC to qualify him?

“Who passes an interview without been interviewed? Even after ENSIEC notification of failure which was sent to them via their Whatsapp and in their houses a most of them don’t even have offices they failed to do the needful by substitution.

“Why being a baby biting his mother’s breast and still crying of lack of breast feeding?”, the group of 74 political parties queried.

They recalled that “In a separate press statement by the APC chairman, for example, where he also threatened to use the court to stop the election, frivolously accusing ENSIEC of disfranchising his members.

“We were all witnesses that ENSIEC in their wisdom were admitting double candidates of both chairmen (Ben
Nwoye and Ugochukwu Agbala) so that the group that wins will be recognized and just few days ago the present APC chairman (Ugo Agbala) was recognized and instead of going to ENSIEC to see what they did for him while he was fighting for his office and thanking them he went to press to tarnish their image by lying against them. Too bad”, they lamented.

The G74 added that “ENSIEC announced the election (since last year and released timetable for it as they also gazetted the procedures which is in printed hard copy available
for everybody in the state.

“If a political party chairman is ignorant of procedures and ENSIEC rules and guidelines how did he/she made it to that
position? Question to ponder on.

“The wailing parties never fielded nor followed due process in fielding candidates and how can they do the right thing when they are ignorant of
what to do.

“We want to let the general public to know that ENSIEC is not biased, they gave everybody a level playing ground. They acted or are acting obedience to the law of the land.

“ENSIEC equally obeyed the appeal court judgment on deregistered parties and allowed every party to be part of the election.

“We also want to educate our brothers through this medium that IPAC is an advisory body and not an opposition body or attack dog.

“We want to also educate them that they have gone astray in the IPAC code of conduct that
their communiqué if taken up should amount to suspension of all of them and we ask that the national body of IPAC should discipline them and call
them to order”, the said.

Like Loading...
Previous PostHow You're Sabotaging 2023 Polls Amid Your Call For Western Powers Action Against Coups - HURIWA to Buhari Next PostAccidents: Disband Police Checkpoints in South-East, HURIWA Tells IGP