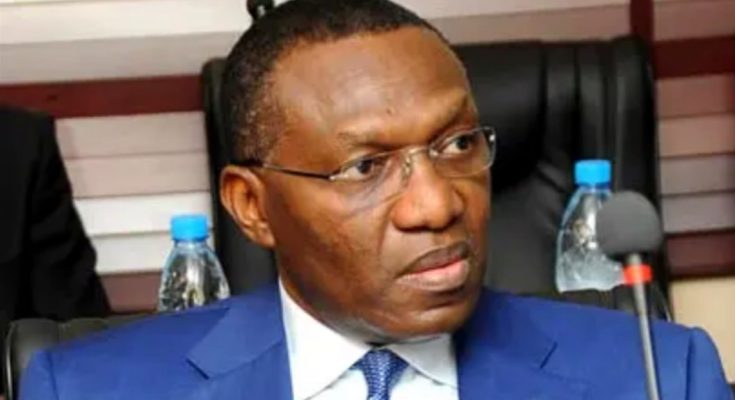 Ahead of the November 6th Governorship Elections in Anambra State, All Progressives Congress (APC) faithfuls under the aegis of APC Support Group for Andy Uba 4 Governor in Onitsha North has embarked on a door-to-door sensitization exercise to mobilise eligible voters.

The group wants unregistered eligible voters to obtain their Permanent Voters Cards (PVC) to enable them to cast their votes during the forthcoming Governorship elections on the state.

Addressing a mammoth crowd that converged at ward 15, Onitsha North Local Government Area, the local government coordinator of the group, Hon Victor Mba expressed delight at the massive attendance of the party faithful, despite the heavy rainfall.

He admonished members of the ward to shun divisive tendencies and work with unity of purpose towards ensuring victory for Senator Andy Uba and the forthcoming November 6 guber polls.

He emphasized the need for all hands to be on deck and work assiduously for the revaluation of the Andy Uba Projects.

He disclosed that adequate campaign materials and logistics would soon be distributed to all the wards in a transparent manner based on polling unit-by-polling unit system in order to avoid fairy tales.

Hon Victor Mba, charged members of the party in ward 15 to endeavor to mobilize at least 50 potential voters each, stressing that the forthcoming APC Ward Congress in the state would be determined by individual efforts and input to the current campaign for the voting of the party, the polls.

He further urged the members not be distracted by financial inducement from opposing parties, pointing out that he has been funding the activities of the group with his personal money to enable the group function effectively. He appealed to stakeholders of the party to embrace inclusive campaign strategy by uniting all factions and aggrieved members.

In his contributions, an opinion leader in the ward, Hon Ikechukwu Agbu enjoyed members of the ward to turn a new leaf and correct past mistakes in the discharge of their duties during elections.

Hon Agbu who is a security consultant urged the party faithfuls to eschew selfishness and personal interest and work diligently for common good and success for the party. According to him, “It is better to identify with power at the centre for the overall interest and benefit of Ndi-Anambra.

Also speaking, the Ward coordinator, ward 15, APC support group, Hon Sunday Obidiaso expressed confidence that APC would sweep the polls at the ward and called for determination, hard work and extensive mobilization of voters at the polling unit level among the members.

In his vote of thanks a local government coordinator of the group, Hon Ernest Anyaduba observed that the party was poised for victory judging from the member of frontline politicians who have decamped from their parties to APC recently.