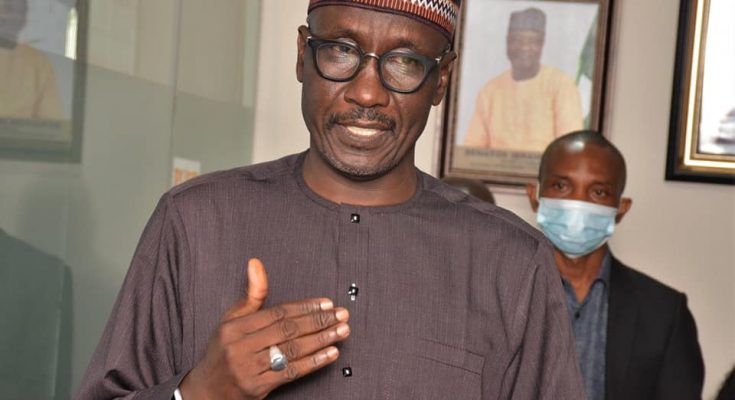 …As Sylva, Board Members Hail Corporation

Following the Presidential applause for the Nigerian National Petroleum Corporation (NNPC) on its posting of ₦287bn profit after tax in the 2020 financial year, the Group Managing Director, Mallam Mele Kyari, has given an insight into the measures adopted by his management to achieve the feat.

Speaking at a press conference Thursday at the NNPC Towers, Abuja, the GMD attributed the turn-around of the Corporation from a loss of ₦803bn in 2018 to profit of ₦287bn in 2020 to the aggressive implementation of cost-cutting measures, improved efficiency through business automation, emphasis on commercially-focused investments and non-interference in the management of the Corporation from any quarters.

The GMD also added that the Corporation saved a lot of cost through contract renegotiation by up to 30% on the heels of the Covid-19 pandemic, introduction of technology that drastically cut travel cost through reduction in in-person meetings and the general automation of processes that enhanced efficiency across the group’s businesses.

He said Management’s focus on the prioritization of investment and staff welfare also helped in boosting the Corporation’s overall productivity and bottom line.

Speaking earlier while kick-starting the press conference, the Alternate Chairman of the NNPC Board of Directors and Minister of State for Petroleum Resources, Chief Timipre Sylva, who joined the press conference virtually, congratulated the GMD, Management and staff of the Corporation on the feat of posting profit for the first time since its incorporation in 1977.

He said NNPC’s emergence from loss into profitability, coming shortly after the signing into law of the Petroleum Industry Bill, was a proud moment for him, adding that this was a season of achievements for the nation’s oil and gas sector.

Members of the NNPC Board, Chief Pius Akinyelure, Mallam Mohammed Lawal, Dr. Tajudeen Umar and Mrs Lami Onayi Ahmed, who were also present at the event, also echoed the Minister and congratulated the Management and staff of the Corporation on the feat.