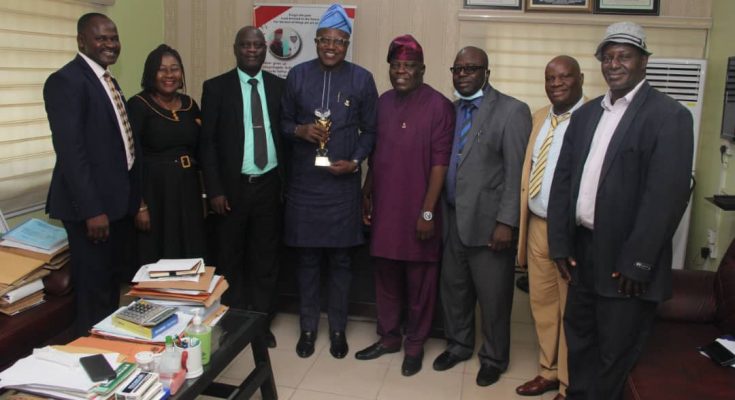 The Director-General, NPC, Dr Kashim Akor charged the awardees to redouble their efforts towards moving the country to the paths of growth and development.

He also said the award was in recognition of the awardees’ contributions to efficient public service delivery and selfless service to the nation.

Speaking after receiving the award, Dr. Adeniran dedicated the award to the Governor of Oyo State, Engr. Seyi Makinde who provided his agency with an enabling environment to operate and perform optimally.

Adeniran also thanked the staff and management of SUBEB, without whose efforts he noted “the merited performance would not have been achieved”.
The OyoSUBEB boss therefore promised that the award will spur him and the board to do better for Oyo State and the Nation.

Dr. Nureni Adeniran also urged Civil/Public Servants not to relent in contributing their quota to the development of Nigeria, through effective service delivery.

He promised Oyo State Government’s commitment to drive critical government policies and projects that will elevate the Basic education sub-sector in the State.

The National Productivity Award is one of the flagship points of the federal government to reward excellence in the service, with the aim of promoting healthy competition among workers.